It is a lunar landscape several kilometers long dotted with crevices and sand dunes. A few tens of meters from the Gambian coast, a West African country, open pit black sand mines stretch as far as the eye can see. The coastal town of Sanyang is the epicenter of this trade in The Gambia. From the entrance to the city, hundreds of trucks loaded with sand multiply the round trips to unload their cargo. Countless police checkpoints check the cars, without ever stopping these heavy goods vehicles. In torrential rain, Gambian miners are exhausted extracting sand using Chinese machines.

Since 2018, the mining company Gambia Angola China (GACH Mining) exploits black sand, which contains high concentrations of zircon, silica and quartz [1]. Led by Abubakary Jawara, a Gambian entrepreneur who is also consul general of Gambia in Beijing, this company exports this sand to China at a price of 200 dollars per ton, the equivalent of 196 euros.

In Sanyang, a vast mine makes it possible to extract the black sand from the basement. This sand is rich in zircon, silica and quartz. © Paul Boyer/Rémi Carton/Reporterre

In a mine south of Sanyang, exhausted miners wander haggard. Some doze on jail, others pray with their foreheads on the ground on an embroidered rug. Under a makeshift shelter, twelve of them smoke Chinese cigarettes, surrounded by the smell of gasoline emanating from the construction machines. Most of these workers do not have the luxury of being able to refuse this work, as exhausting as it is. During the rainy season, frequent flooding paralyzes the entire city. Despite the monsoon, the trucks frantically cross the muddy roads.

On the dunes, miners scrutinize the comings and goings. Any foreign visitor is a potential threat. Climate activists or journalists are not welcome. To sink into this labyrinth of sand is to discover an immense metal structure resembling a cathedral which sits facing the mines. Thirty meters high, this machine is used to suck up black sand from groundwater, located several meters underground. 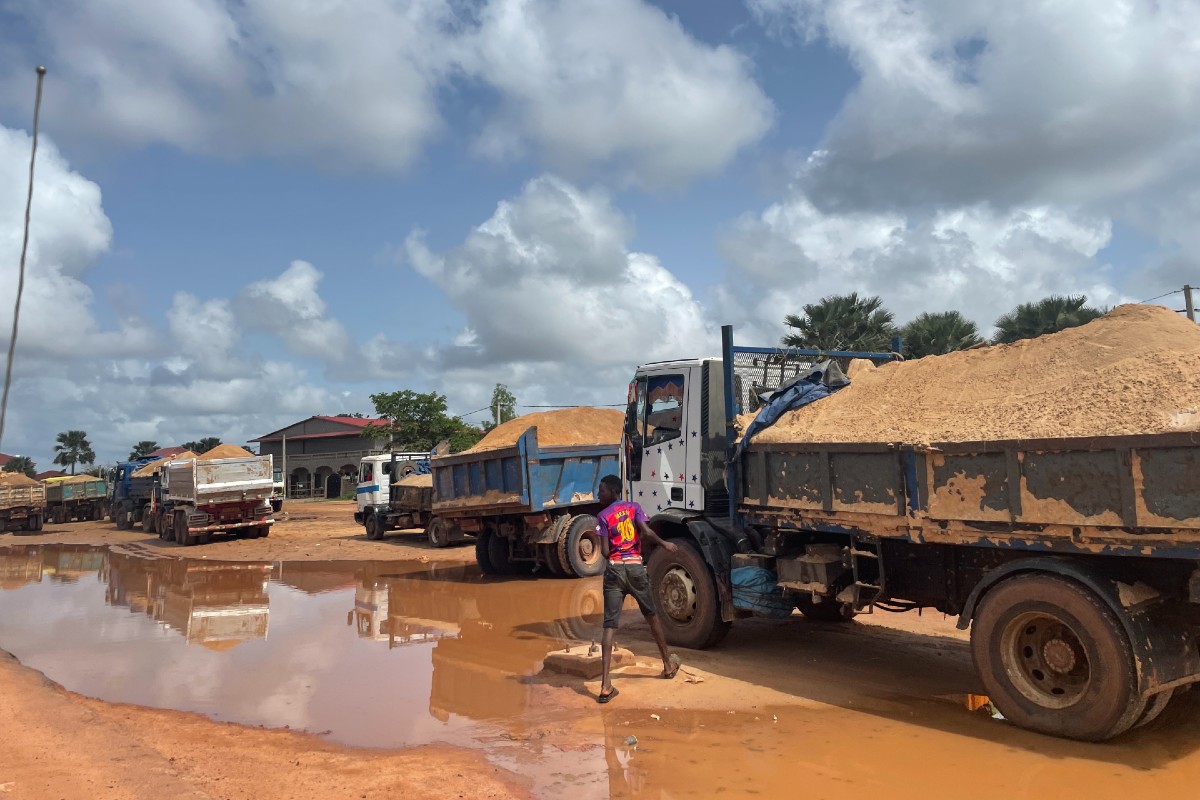 You don’t have to go far to see the devastation caused by the exploitation of black sand in Sanyang. The huge quarry is bordered by small agricultural land. In their plot of approximately 1 hectare, Mariama and Aminata [*] mainly grow rice and tomatoes. From their garden, you can see the huge machine that extracts the precious black sand. Raising her black and white checked loincloth with both hands, Mariama struggles to make her way through the plot invaded by water. “ From one side to the other of the field, everything is submerged »plague this mother. 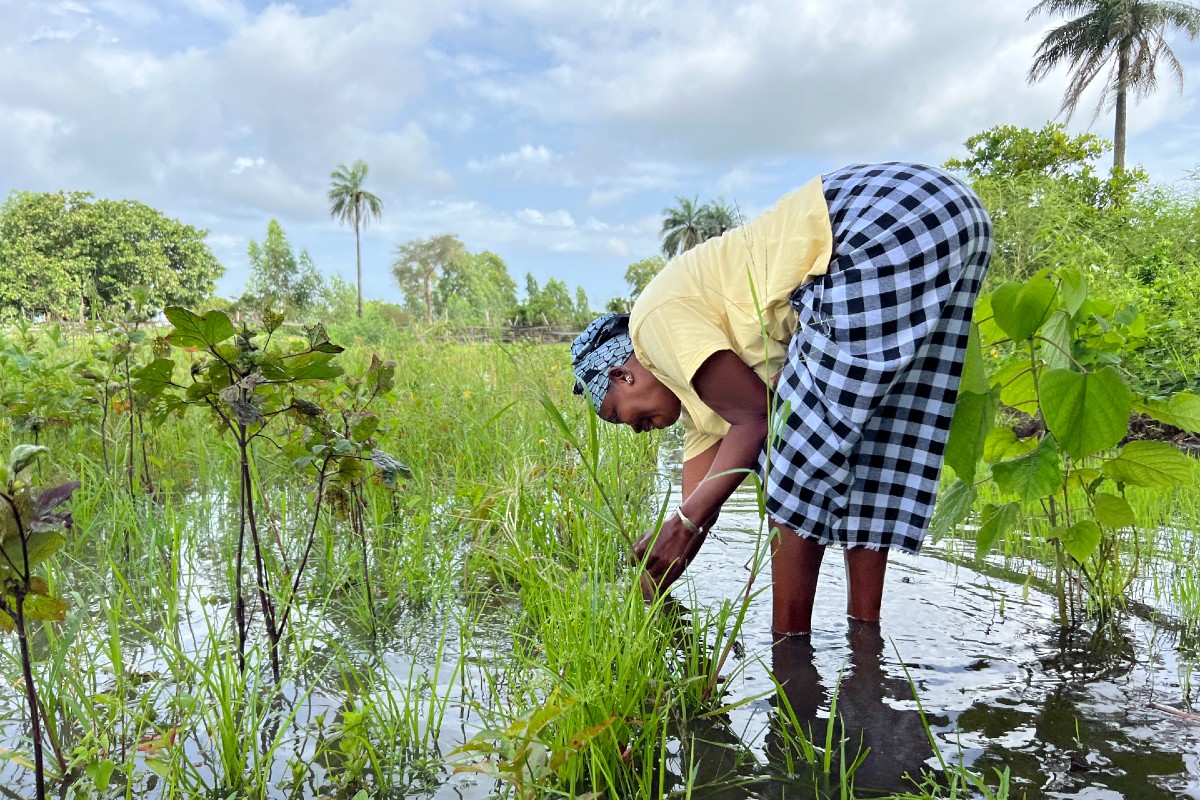 Years of sand mining have deeply damaged the land. With each episode of rain, the water struggles to drain away and floods the plots. The phenomenon is particularly visible at the end of July. “ All this water drowns the plants and rots our fruits and vegetables.explains Mariama. If we can no longer cultivate because of the mine, we will no longer be able to feed our families. » 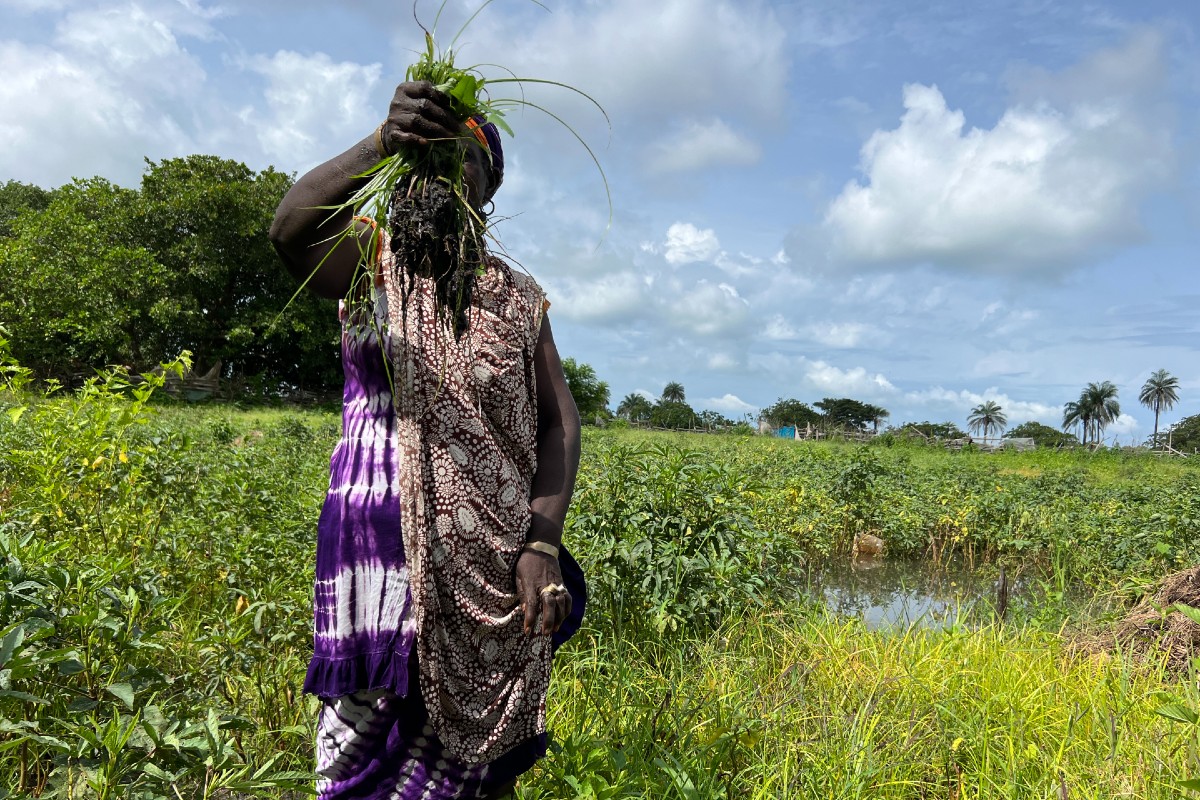 With her back bent in the middle of the field, Aminata uproots dozens of tomato plants drowned in the water. “ It’s never been so rough, I hardly earn anything anymore », she regrets with a defeated look. The two women explain that they previously earned between 25,000 and 50,000 dalasis per year, or between 450 and 900 euros approximately. This derisory salary made it possible to meet the needs of the household. This year, they fear they will earn only a few thousand dalasis. 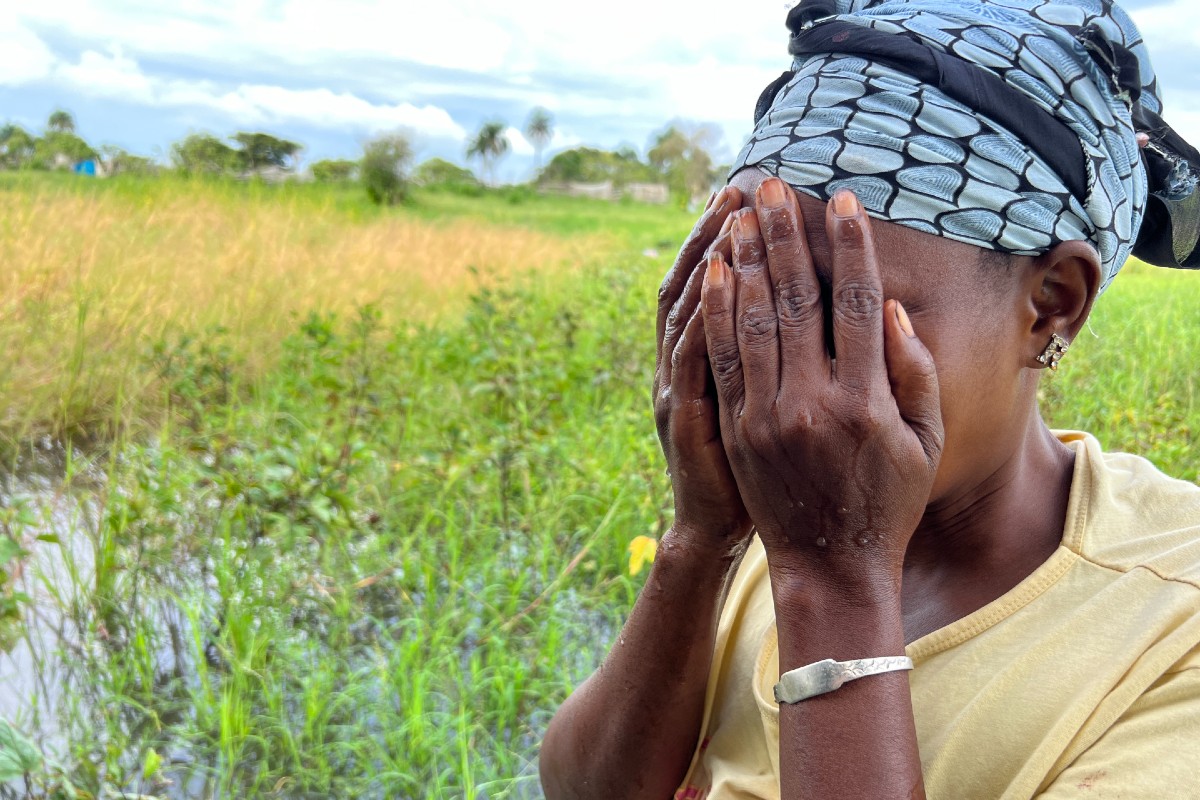 Faced with the destruction of their working tool, the gardeners of Sanyang tried to obtain compensation. “ Mine officials came heresays Mariana. They took down the names of all the women and promised money. » The farmer is disillusioned when she learns that she will only receive 3,000 dalasis, or nearly 54 euros. “ We accepted the money because all the farm products were destroyed. We had no other option. »

In Sanyang, confront those responsible for GACH Mining the damage caused by sand mining is a difficult task. On the mine site, only a supervisor represents the company and directs the workers. After negotiation, he refuses any comment, returning the responsibility for an interview to the Gambian Ministry of Geology. Reporterre repeatedly contacted the ministry by telephone. Without answer. 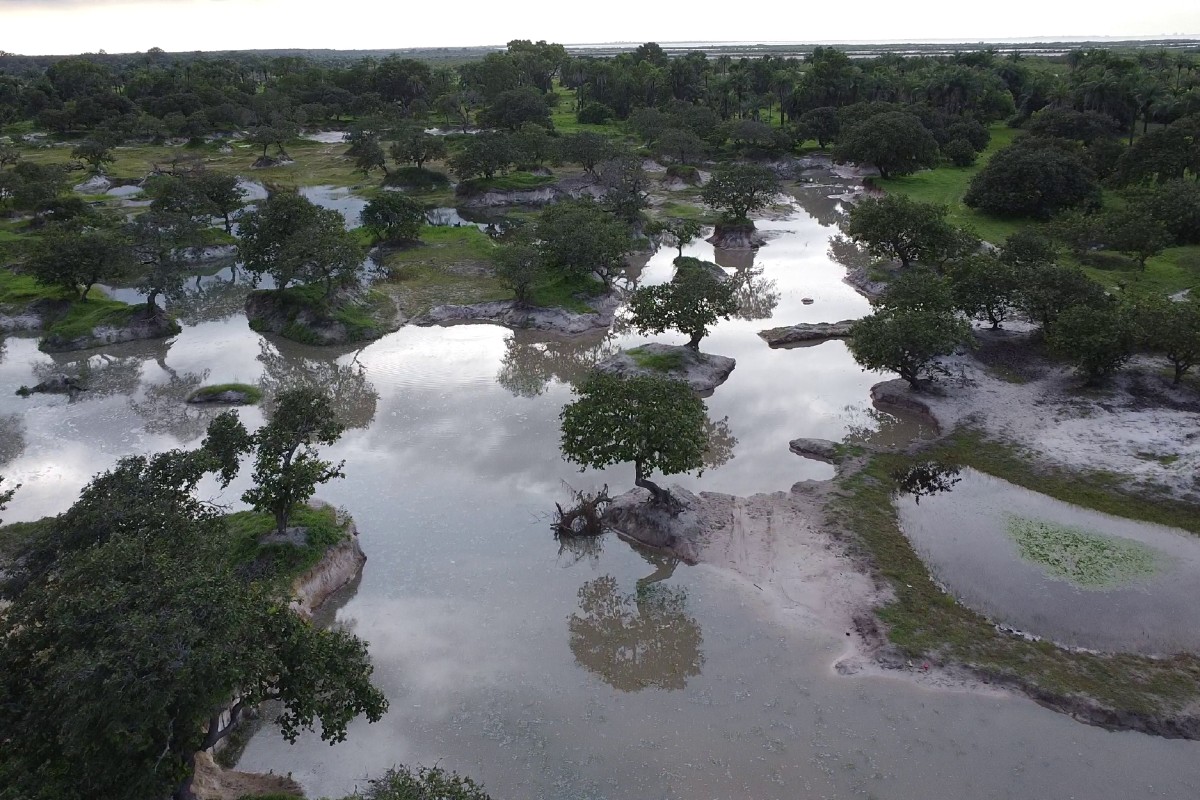 Beyond the industrial exploitation of the precious black grains, another scourge affects the Gambian sand: the savage looting that rages along the coast. The white sand is simply stolen to supply local building sites with raw material. On a beach or by the side of a road, it only takes a few hours for a handful of men to fill the back of a van. This sand will then be used as backfill or transformed into concrete.

Located on the banks of the Gambia River, the village of Faraba Banta is particularly the target of sand looters. A hundred meters from the houses, a gigantic wild quarry disfigures the landscape. Between the trees, the imposing dunes have been dug over several meters. Here too, the water has flooded everything, giving the bush the appearance of a sticky swamp. In places, traces of shovels are still visible, proof that the looters were there not long ago. 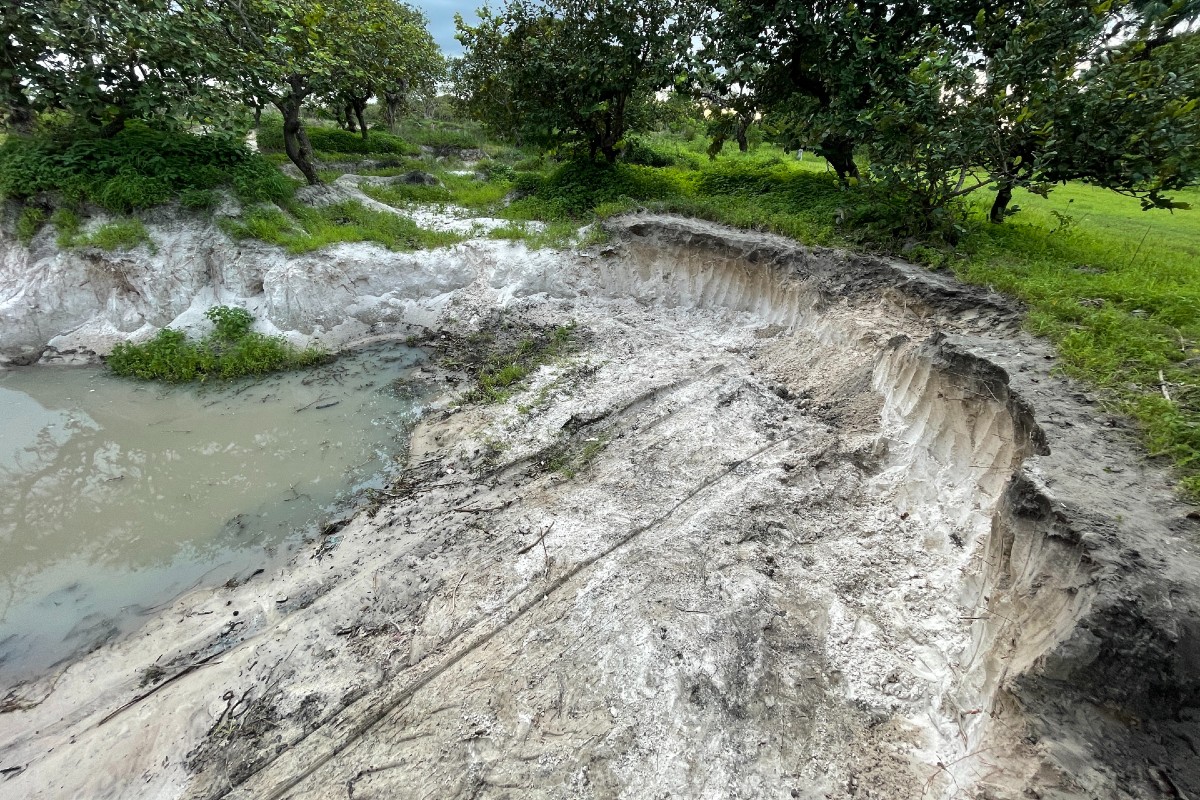 In Faraba Banta, this sand has just been looted illegally. © Paul Boyer/Rémi Carton/Reporterre

In Faraba Banta, looting has been added to sand mining since 2007 by the Gambian company Julakay. As in Sanyang, this overexploitation of the sandy soil has damaged neighboring land, causing landslides and flooding. Faced with this disaster, the inhabitants tried in 2018 to revoke Julakay’s mining permit, without success. Several demonstrations broke out in Faraba Banta, before being violently repressed. On June 18, 2018, Gambian police opened fire on the crowd of angry villagers, killing three people. Since that day, the inhabitants have watched helplessly as their sand has disappeared. 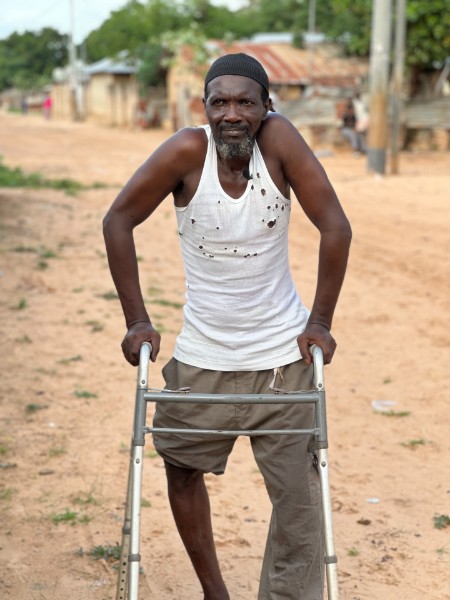 In the alleys of the village, few people dare to evoke the drama even today. Among them, Bubacar Darboe, wounded by bullet. On June 18, 2018, this 69-year-old father joined the demonstration to convince his brother to come home, before the first shots rang out. “ I tried to run away but I fell to the ground, I tried to get up but I couldn’t. » Bubacar Darboe is bleeding profusely. He has just been shot in the right leg. Dragged to the ground by the police, he was lynched for long minutes. Transferred to a hospital in Banjul, he survived but remained severely handicapped, unable to stand without the aid of a walker. “ My life will never be the same again. I can’t put food on my family’s table anymore »he breathes, pointing to his scarred leg.

“ We are sometimes afraid of being murdered »

Faced with this looting, young Gambians have been fighting for several years to denounce this environmental crime. You have to go to the small town of Gunjur, in the Kombo district, to observe the work of the association Concern Youths of Gunjur. 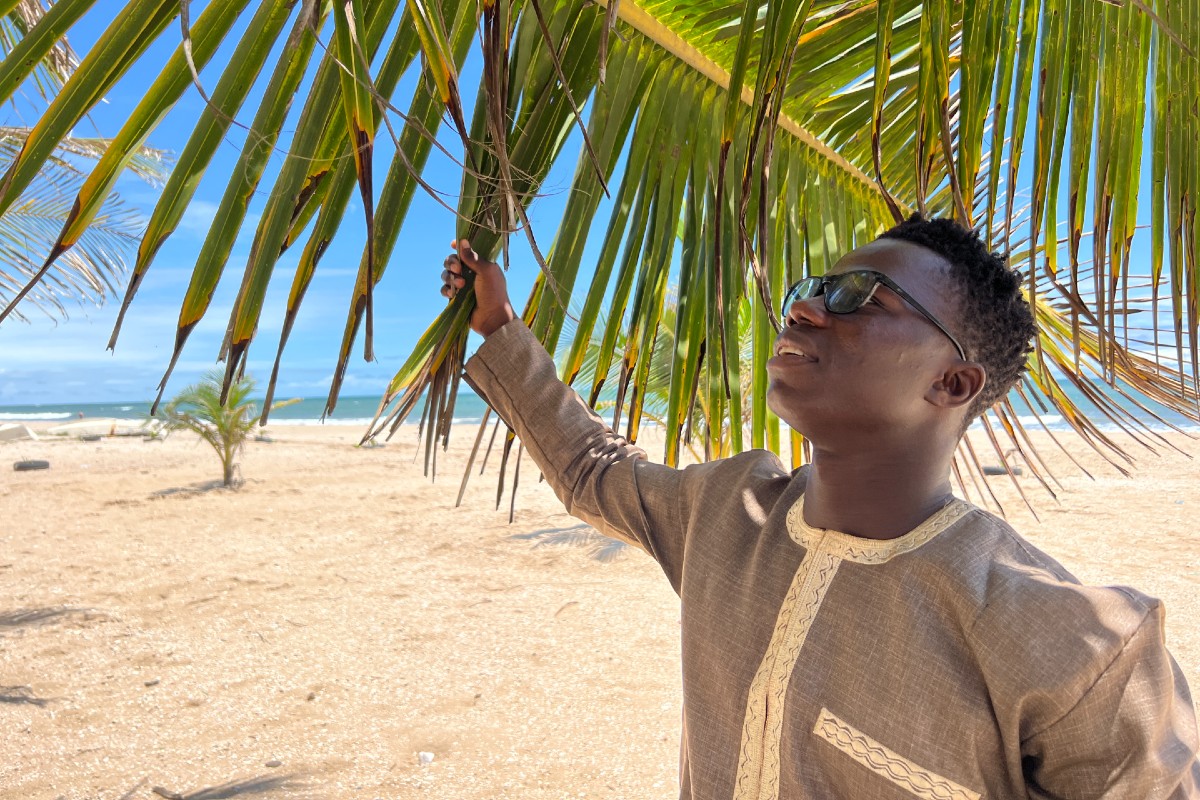 Since 2018, a hundred young people have been replanting trees along the coast. Their project, titled “ A man, a tree », has paid off. For 350 dalasis (6 euros), a resident can buy a tree and plant it with the members of the association. “ This motivates the villagers, it is their contribution to this disaster. We have already planted 5,000 trees, with species such as coconut palms, rosewood and Casuarinas »slips Buba Janneh, secretary general of the association.

“ The government is implicated in this crime. »

In the midst of a nauseating smell of fishmeal emanating from a Chinese factory located 100 meters away, Buba Janneh walks proudly between the coconut palms recently planted on the beach. These trees are not chosen at random, their roots can go up to 20 meters deep into the ground. This technique makes it possible to gradually raise the level of the beach, thus further protecting the coast and fighting against erosion. 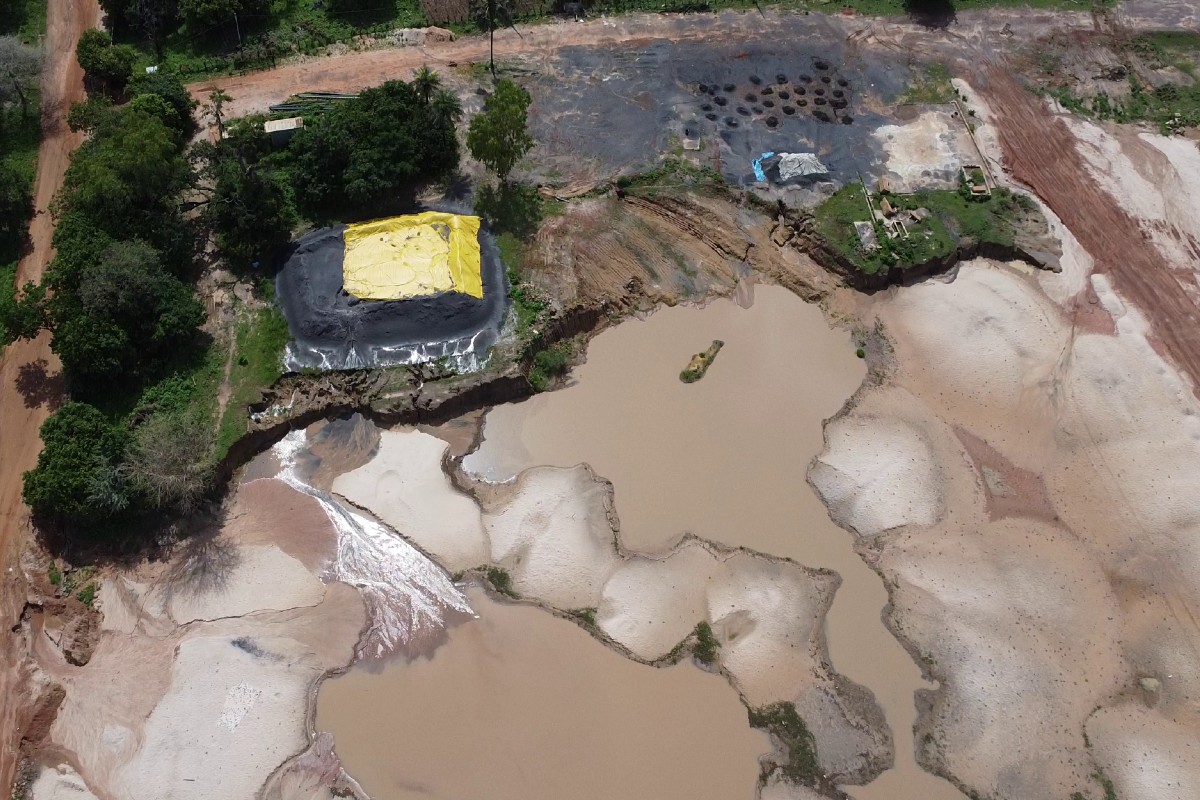 The plots of women farmers who suffer the devastation caused by the exploitation of black sand in Sanyang. © Paul Boyer/Rémi Carton/Reporterre

Buba Janneh militates in fear, because denouncing sand trafficking and its ecological consequences can cost lives. In 2020, members of the association and residents revolted to denounce the exploitation of sand mines in Gunjur, as in Faraba Banta two years earlier. Within hours, the soldiers were present and threatening the villagers with arrest.

“ We are always intimidated, because we publicly denounce the fact that the government is involved in this crime. You have to be very careful, sometimes we are afraid of being murdered, to be frank », confesses the young man, leaning on one of the trees he himself planted. The association is now working on planting trees on the coast, outside of Gunjur. “ My dream would be to plant trees all the way to Banjul », says Buba. An action that can only be positive, knowing that by 2100, if the sea level rises one meter, more than 9 % of the country could be submerged, including the capital Banjul.

Subscribe in less than a minute to receive a selection of articles published by Reporterre. 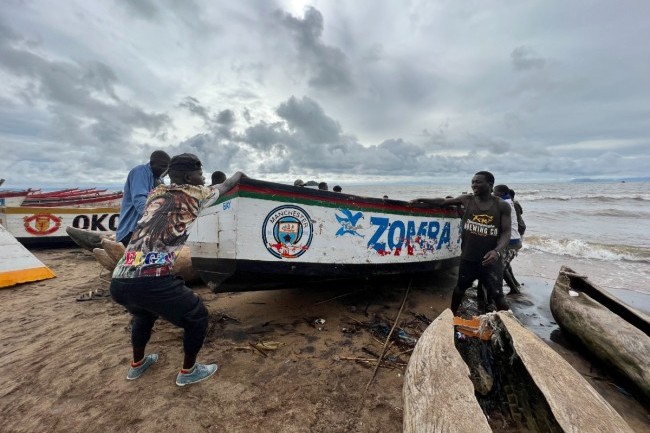 In Africa, the climate crisis is disrupting life around the Great Lakes

[1] Zircon is found around the world in fake diamonds, in dental prostheses as well as in the metallurgy sector (zircon is used in certain aluminum alloys). For silica, it can be found in the optical field: manufacture of optical instruments, laboratory equipment and fiberglass. Finally, we find quartz in many fields: the production of industrial floors (anti-wear), industrial sandblasting, water purification, development of golf courses, watchmaking and jewellery.

[*] Names have been changed at their request.