Amazon is in the process of internally testing a tool similar to TikTok in order to offer products to its users that they can then share. If it is not certain that it will be deployed on a large scale, it is quite surprising to see the e-commerce giant trying to innovate so radically in terms of its design.

A feed that offers products to users

Spotted by Watchful, a company specializing in artificial intelligence and based in Israel, this feature is called “ Inspired internally and is available through a diamond-shaped logo that appears at the bottom of the mobile app, next to the home icon. By clicking on it, users have access to a feed very similar to that of TikTok: it highlights a stream of product images and videos with infinite scrolling, with content having a like button, share, as well as what to buy. By clicking on a small tab, it is possible to obtain more information about the product.

In the same category

It’s not uncommon for Amazon to test its products with its employees, so be aware that the feature may never see the light of day or be greatly modified before a possible rollout. Asked by the wall street journalan Amazon spokeswoman simply said that the company “ constantly testing new features to make life easier for customers “. 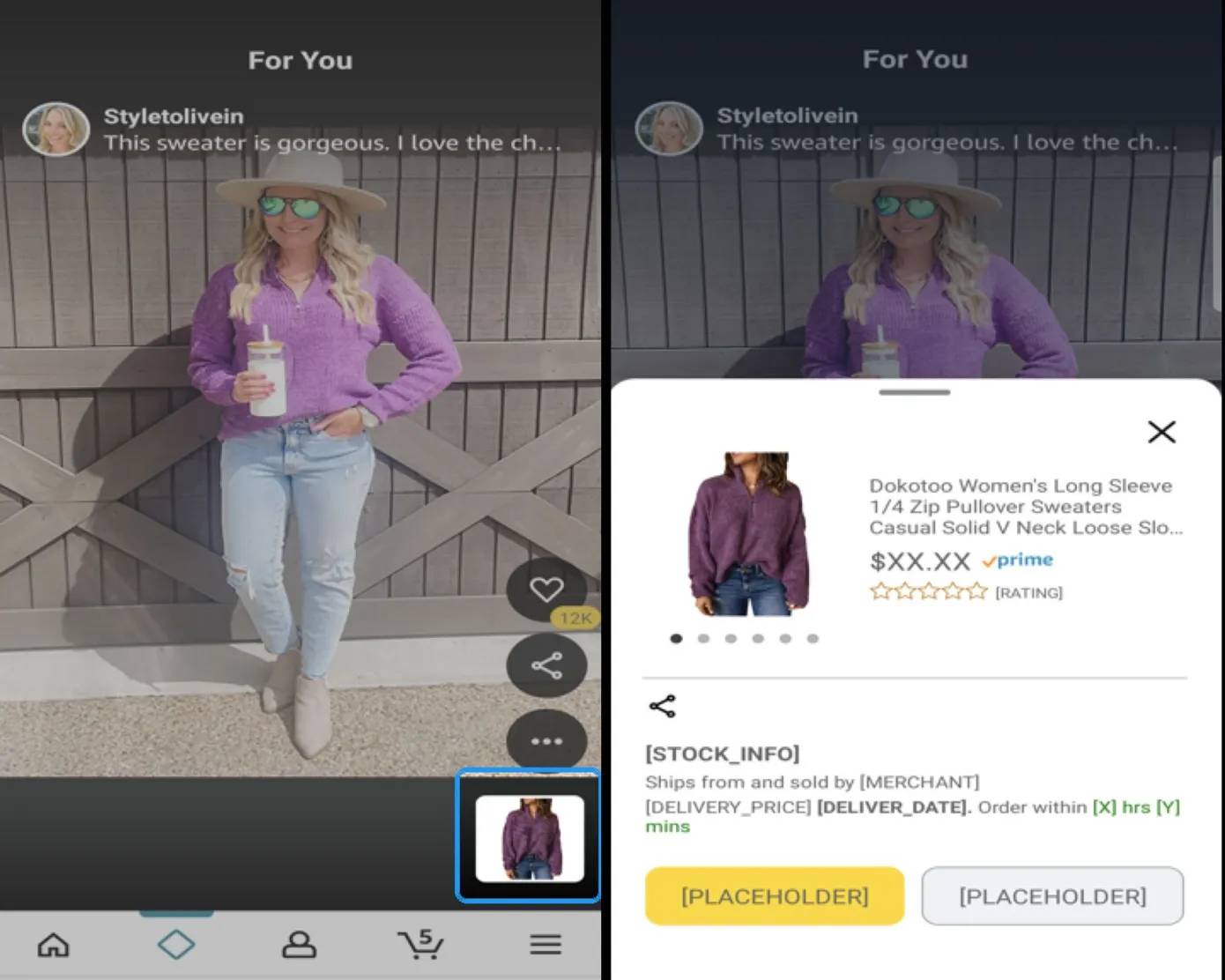 Here is an example of the feed currently being tested by Amazon. Image: Watchful via The Wall Street Journal

This test is further proof of the immense influence of TikTok. The subsidiary of the Chinese giant ByteDance is indeed copied by the largest American companies who wish to use its model to attract more users. This is particularly the case of Google, which has deployed the Shorts short video format on YouTube, but also of Meta.

Mark Zuckerberg’s company has not only launched Reels, a TikTok clone, on Instagram but also on Facebook, and is pushing hard for the format to be adopted, despite user reluctance. The company even decided to turn all videos posted on Instagram into Reels. Despite these changes, TikTok remains the most downloaded app in the world and gets far more engagement from users.

For example, analytics firm Sensor Tower recently released a report showing that people spend twice as much time on TikTok as they do on Instagram or Facebook.

A radical change at Amazon?

Taking these facts into account, it is therefore not surprising to see that Amazon wants to try the experiment. Such a feature, offering products based on user tastes, could indeed make its application more interactive and garner more shares. Its implementation would be no less surprising: Amazon very rarely makes changes to its design.

However, it offers live shopping with creators and has also tried to attract elite social media users to its influencer program, which allows creators to create personalized pages on Amazon and earn money. when people who follow them make purchases through those links.

However, the e-commerce giant has not met with the expected success with these different features. Above all, the latter do not bring any radical change to the interface of its application… what if the arrival of a TikTok clone changes the situation?