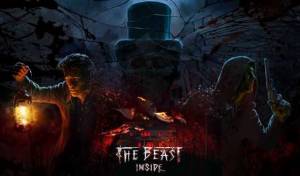 Game studio Illusion Ray SA started a public issue of shares in the amount of 718,000 zlotys on June 14. PLN, on the Navigator Crowd platform. The purpose of this case is to fulfill two purposes. The first is the release of “The Beast Inside” for old and new generation consoles. Created by the company’s president, Łukasz Smaga, along with the current Illusion Ray team in 2019, the title became a publishing success and won a number of industry awards, including the Webby Awards dubbed the “Internet Oscar”. The second goal is to produce a new RPG – Wardogz, whose premiere is scheduled for the end of 2023.

Illusion Ray plans to debut in NewConnect market in mid-2023

Studio Illusion Ray’s beginnings go back to 2009, when Łukasz Smaga focused on creating short films as well as 3D animation and virtual reality, among other things. In association with Platige Image. Officially, studio Illusion Ray SA was established in 2020 as an independent gamedev studio aiming to continue the work that Łukasz is doing in the form of a joint stock company. He has been directly linked to the gaming market since 2016, while in 2019 his first game, “The Beast Inside”, debuted from the action and survival horror genres. At that time, Unreal Engine 4 technology was used for production, which, along with photogrammetry technology, provided realistic, high-quality graphics. As a result, it brought studio awards in the form of a Pixel Award and The Webby Awards in the Best Visual Effects category and a nomination in the Best Adventure Game category. Łukasz Smaga, founder and president of Illusion Ray SA, became the first innovator from Poland to receive an “Internet Oscar”, as the Webby Awards are called.

Today Illusion Ray SA is an independent development studio that specializes in creating original horror games and casual adventure games. The president and main creator of the studio is ukasz Smaga. As part of the development team, it is supported by among others: Dominik Sójka, Technical Director responsible for the technical aspects of the games and game design and graphics, and Kamil Pazderski, the level designer who defines the game world and key pillars. The studio’s commercial partner is Bellwether Rocks, which specializes in projects in the digital entertainment market. Behind the project building fund are Marcin Kobylecki (producer of the Warsaw Uprising Museum’s “City of Ruins”, or Oscar-nominated “Katedra” Tomasz Bagiński) and Kamil Cisło, a licensed stockbroker who has advised companies in their careers in seeking capital and entering an exchange Warsaw and NewConnect. Jacek Dukaj is a fiction writer and a member of the fund’s supervisory board.

– Illusion Ray is currently at its best. We have begun to collaborate with Bellwether Rocks, which opens up the possibility of a wider distribution of our success and a complete focus on the process of developing new projects based on our IP, which will allow us to build the entire universe around the game. I put a lot of hope in our new projects. I believe that together with our team and Bellwether Rocks’ knowledge and experience, we will build a European-class development studio, creating remarkable AA+ games that will interest global publishers. – says Łukasz Smaga, President of Illusion Ray SA.

Starting June 14, new contributors can join Illusion Ray SA to support the studio in the development and production of new game projects. On that day, Illusion Ray SA started the public offering of Series E shares with a total value of PLN 718. PLN, with the company valuing at the level of PLN 13 million. The issue price is 1.58 PLN per share, the minimum subscription is 160 shares. The offer is performed on the platform with Navigator Crowd, and detailed terms are provided at the website: https://emisja.illusionray.com/home.

Funds obtained under this release will be used to fund the transfer of the PC version of The Beast Inside to consoles and the continuation of Wardogz’s production work.

Our first studio production will be releasing “The Beast Inside” on the following consoles: PS4, PS5, Xbox, Xbox One, and Nintendo Switch, which was created by me in 2019 and turned out to be a big hit publishing and selling 600,000 copies. To this day, the game receives very good reviews, due to which it is 4.7 thousand. Reviews on Steam up to 84% is positive. At the end of 2023, we are planning the debut of our next title, an open-world action-adventure game called “Wardogz”– says Łukasz Smaga.

Wardogz is an action-adventure RPG game. The protagonist is a member of the eponymous organization fighting for peace, who will have to face the world of machines and mutations that exist in the realities of the damaged and oil-strewn land of Helstein. It’s a unique blend of magic and technology, plus it’s one of the very few titles published so far that focuses on a specific setting, dieselpunk. The development of the game began in 2020. Currently, the company has a 40-minute gameplay, prototypes of all mechanics, and a closed text. Currently, production work related to preparing the beta is underway. The game is scheduled to start in the last quarter of 2023.

– In the following projects of our studio, we plan to focus entirely on the genres of games that are closest to us, based on an insightful and ambiguous plot with action and adventure elements, which, in our opinion, have the greatest potential. These projects are more ambitious than The Beast Inside, and require a broader perspective and a greater commitment to providing the player with extraordinary entertainment based on a rich world and perfect mechanics. The Beast Inside was a valuable lesson in game creation, which is already paying off building on our recent Wardogz project. – Łukasz Smaga . says.

In the next steps, Illusion Ray plans to release more horror and survival games, namely The Beast Inside 2 and Lightmare.

For the first time in NewConnect

In the middle of 2023, Illusion Ray SA plans to debut on the NewConnect market. At the same time, to ensure that new shareholders remain in the major shareholder’s investment and faith in the entire venture, ukasz Smaga and Bellwether Rocks have entered into closing agreements for 95% of all shares owned, for the period from completion of the closing agreement until expiration of 12 months from the date of first appearance .

In the opinion of the Board of Directors, the debut on the stock exchange is a step that will positively affect the perception of illusion Ray by potential partners and will enable him to compete with large entities.

The author also recommends the following: