There are no more viewers in Ukraine. Now we are all actors in the theater of war.

What happens to the creative community during war when they leave the artistic path to volunteer at war? I approach this topic in a very personal way, because I have long been a fan of the Lesi Theater – this is what we call the Lviv Academic Drama Theater in Lviv. Lesia Okranki. My wife and many friends work here. And the art and the team that makes it up are only worth it if they can rise above themselves and do something important for the common cause.

The performances of the Lycee Theater often echoed reflections on the Russo-Ukrainian war, which, after all, has been going on since 2014, because the task of modern theater is to express itself on topics important to society. It was theory time. Now the theater troupe faces practice – the practice of living through an active daily war that affected not only eastern Ukraine, but also all other points on the map of our country.

From the first days, Lviv was threatened by Russian air and missile attacks. In these early days the team began cleaning up the basement to ensure a little security in the theatrical house.

The symbolism of this action was extraordinary. As it turned out, in order to believe that the future awaits us, we can survive all this, in these difficult times, we first had to deal with our past. In Soviet times, the Lycee Theater was the theater of the Soviet Army and operated under the Ministry of Defense. In the basement, a lot of rubbish has survived to this day, which for years has been used for propaganda and to preserve the military spirit of the army: red flags with a hammer and sickle, wooden guns, icon images – just all that was a metaphorical embodiment of the “great Soviet propaganda”, Scattering of human minds. 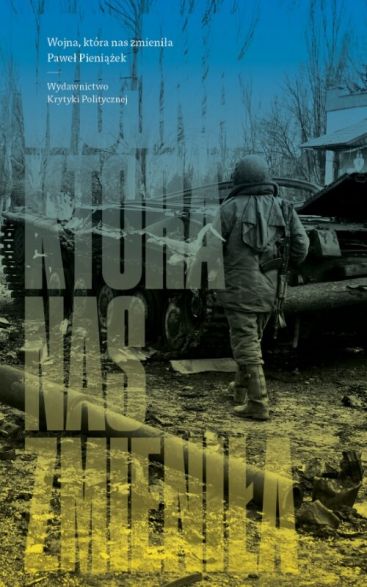 After the landfill was cleaned, suddenly, over the course of a day, the place became a comfortable refuge. In it, the team can hide from the “bombs of the past” that try to set us back 30 years.

At the end of February, Ukrainians from eastern and northern Ukraine began to arrive in Lviv, where heavy fighting had already begun for several days. The theater organized a safe place for these people to temporarily reside. In a separate pavilion of the theater, which once housed a landscape gallery, the refugees found accommodation, food, and most importantly – the relative calm of Lviv, interrupted from time to time by anti-aircraft sirens.

The theater staff and actors work around the clock. People are bewildered, and many are in Lviv for the first time. Almost everyone needs normal human support. They share their stories and tell of the horrors of war and the brutality and brutality of the Russian army.

Thanks to contacts with Polish volunteers, the theater management organized free daily buses for those who want to go abroad. At the time of writing this text, more than 40 buses have already left, and one evening the residents of the shelter had the opportunity to watch recordings of performances. Oh, the paradox of war – you live in a theater, but you can’t watch a play! Medicine boxes are located on a large unlit stage. They are sorted correctly without interruption.

At the same time, in the small theater there is a triage center for humanitarian aid. The stage is filled with all kinds of clothes and hygiene items that are brought in from everywhere. The staff sorts everything out and sends it to places where help is most needed – to the front, to territorial defense units, to needy shelters, to residents of border cities and almost deserted places.

Every day, volunteers from different organizations come to the theater square and take parcels in a row to help deliver them to different parts of the country. Representatives and employees line up and deliver packages and boxes to cars.

For the first time a kitchen appeared in the theater. Not only for the needs of personnel, but above all because of the humanitarian crisis that has engulfed the Lviv railway station. Actors ask their friends for help while they are in service with them. Every day they go to the station to feed people who have been on the road for hours or waiting for the next transport to the west or east.

“If anything happens, please come back immediately.” Report on return to Ukraine

The topics of the conversations have changed dramatically. Now the actors share their knowledge about body armor and other military equipment. In the employee’s chat, messages like: “I know where to order a high-quality tourniquet. Let me know if anyone needs them. Theater workers discuss news from the front; the families of some of them live in places of combat or under occupation of Russian troops. Almost everyone has Friends, acquaintances or relatives who joined the Armed Forces of Ukraine or territorial defense units.Every positive piece of information is greeted with joy, every one sad with a heartbreak, followed by words of support reciprocated.

Everyone is waiting for victory. During these months, most of the workers remained in Lviv, although many of them had the opportunity to go to the West. There are reports on the Web about the employment of Ukrainian actors in various European theaters, but the personal choice of each member of this large family at the Lyssi Theater is to stay and work here – not only for Melpomen, but also for Ukraine.

In recent weeks, the theater has been more and more thinking about returning to its proper work. Will it be easy? Probably not, because life has changed dramatically within a month. However, everyone understands that after our victory Lviv will need a good theater that will force us to talk about current problems and phenomena, especially during very difficult upheavals for our entire society.

Bilewicz: The Ukrainians have made a choice and are willing to sacrifice their lives for it

For the first time in a long time, there are a lot of people in the theater. The director and director decided to create a film aimed primarily at drawing the world’s attention to the death of Ukrainian children as a result of the war. For the first time since it broke out, actors, staff, and stage friends entered the main hall. And for the first time, we have the impression that this large hall is not divided into actors and spectators, because today in this room everyone will be actors for an hour. There are no more spectators in Ukraine – now we are all forced to be actors, to act in the theater of war.

At the moment, there are no performances at Łesi Theatre, but it’s still bustling with life. Theatrical season title 2021-2022 without fear. And even without performances and an active artistic life, the theater is fully living up to its name this season.

**
Gregory Semenchuk Poet, musician, cultural activist. Chairman of the Lviv Art Council “Dialog”, co-editor of the Lviv socio-cultural magazine “Prosto neba” and the main coordinator of the Lviv International Literary Festival. He published two poetry collections: Jihad Nutrition (2012) i More from wirsziw i pisen’ (2015). He is also one of the founders of the music group DRUMTYAT.

Translated from the Ukrainian Alexandra Kosior.