Kirill Serebrenkov took the fate of Eduard Limonov as a background, and is making a film about him called “Limonov, Eddie’s Song”, based on the bestselling French book by Emmanuel Carrier “Limonow”. In June 2020, the director was given a three-year suspended prison sentence as a result of a fabricated investigation, Variety reported. Taking advantage of the provisions of Russian law, he manages to leave house arrest and travel abroad, where he is now and plans to finish his “Song”.

The first part of the film was already filmed – many shots were shot in Moscow on a giant set that recreated the famous Fifth Avenue, which Limonov liked to describe in his first book. The second will be filmed in June or July of this year at a European studio, which has yet to be determined. The film’s Italian producers, Mario Gianni and Lorenzo Gangarossa, say it will be shown to viewers in the spring of 2023. Its budget is expected to be more than 10 million euros, making it the most expensive production in Serebrenkov’s production.

– I read the book a bit late, after I got the script from the producers, by Bowie Pawlikowski and Ben Hopkins. For me, this character is a part of my life. I grew up in southern Russia at a time when perestroika began and then turned into something else, which is somewhat modern Russia. Limonov was then one of the figures who became truly valuable to the younger generation. He was like an avant-garde rock star. (…](my film) This is a crazy biography of one of Russia’s most influential and controversial writers and personalities. Of course, Limonov started as a poet, so this is a poetic biography. We use metaphors, pauses, and other poetic devices to show a version of his crazy life,” Serebnikov told Variety.

Eduard Limonov, born in 1943, spent his youth in Kharkiv. Although he was the son of an NKVD officer, he did not follow in his father’s footsteps and repeatedly fell into offenses with the law, including. He is arrested for shoplifting. He has been creating poetry since the end of the 1950s, but has also sought a source of income by working in a steel mill, or working as a tailor or high-altitude book dealer.

A year after starting work in the field of literature, in 1966, he came to Moscow illegally for the first time (he did not have a mandatory residence permit), which surprised him so much that he repeated a similar trip in 1967, but then, instead , sewing pants, began to learn about the underground literary environment. His new acquaintances inspired him to extensive artistic work, which led to the publication of five volumes of his poems from his own resources. The real breakthrough for him was 1974, when he received permission to leave the Soviet Union.

You can find the rest of the article below the video:

Limonov chose the United States as a safe haven, where he worked in a total of 13 professions, often changing jobs. He was, inter alia, a waiter, stoner, and servant of a millionaire. In the United States, he did not break with his roots and took an active part in the work of the American Trotskyists of the Socialist Workers Party. In 1974, he also began working for the New York newspaper for Russian immigrants, Novoy Ruskoye Slovo, but his adventure in this form was short-lived. After the Moscow newspaper Nedelya published in 1976 a reprint of his article “Disappointment” about the shadows of the life of Russians in exile in the United States, he was released.

However, the young poet did not give up writing and in the same year he wrote his first novel – “Il-Adichka”.Which also reached France, where it was published in 1980 under the title “The Russian Poet Wants Big Negroes” and immediately became a bestseller. Eventually, Limonov’s first book was translated into 15 languages, allowing him to become a professional writer and resulting in seven novels he wrote within 10 years of his successful debut.

Although the book “This is I – Adichka” tells about the fate of an immigrant poet who was rejected and despised by American society, and therefore had to live as a social outcast on the streets of New York, it did not appeal to the conservative intellectual elite of Russia – for example, Alexander Solzhenitsyn called Lemonova “Little pornographic writing bug”. Literary success in France prompted Limonov to move to this country, which happened in 1982. 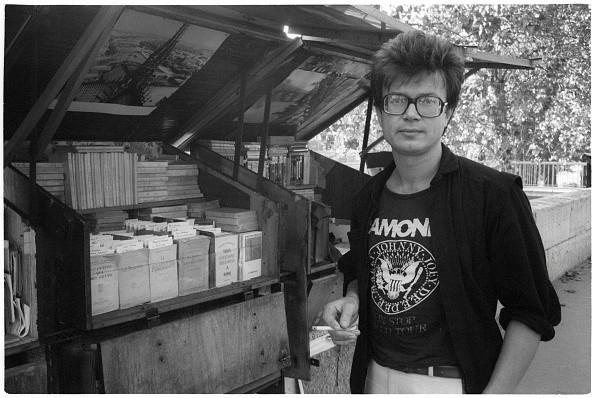 Although he had French citizenship since 1987, after the collapse of the Soviet Union he lost his homeland and in 1992 renewed Russian citizenship. At first, he rarely visited Russia, but moved there permanently in the mid-90s. Most importantly, Limonov has actively participated in political life since 1991And since 1992 he has written for the newspapers “Deutz”, “Zotra” and “Sovetskaya Rusiga”. For several months in 1992, he was also active in the Liberal Democratic Party of Russia, but left it at his request, and unsuccessfully tried to return to it when he ran for a seat in the Duma.

Eduard Limonov despised Putin, but supported the annexation of Crimea and wanted to carry out a coup in Kazakhstan

Although the slogan “Putin’s enemy” might suggest that Limonov was a flesh-and-blood opposition, his character is not entirely clear. In 1993 he wrote and printed the “Program of the National Bolshevik Party” and during the war in Yugoslavia the Serbs supported the revolutionaries. The writer even participated in a sniper patrol that was operating near Sarajevoand he liked the procedures used by the Serbs so much that he assumed they were used in the territory of the former Soviet Union, where a significant part of the population was Russian.

In 1994, he began building the structures of the National Bolshevik Party, which, however, did not become an official political party, since Limonov did not seek his status. It is worth noting here that the writer chose the philosopher Alexander Dugin as his mentor, who is now called “Putin’s Mind” and is credited with being responsible for the war in Ukraine. Limonov spoke of what he thought Russia should look like, drawing on Soviet sentiments and effectively merging nationalism and communism, declaring that A dream country is a country where “the rights of the nation take the place of human rights.”. He mentioned Joseph Stalin, Michai Bakunin, Jules Evola, and Yoko Mishima as his idols. 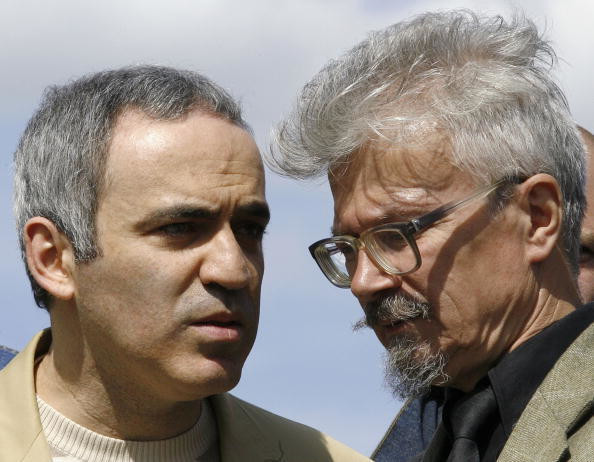 Eduardo Limonov and Garry Kasparov in 2007.

In 2001, Limonov was imprisoned on charges of illegal possession of weapons, organization of an illegal armed group, terrorist activities and attempted revolution in Kazakhstan – the indictment stated that the writer wanted to create an army and conquer this independent country. After spending two years in prison, Limonov for good behavior was released and released. Although he continued to criticize Putin and the Kremlin, he welcomed news of the Russian invasion of Crimea in 2014 and supported its annexation. He died in 2020, leaving behind two children (married four times) and was buried at the Troekurovsky cemetery in Moscow. 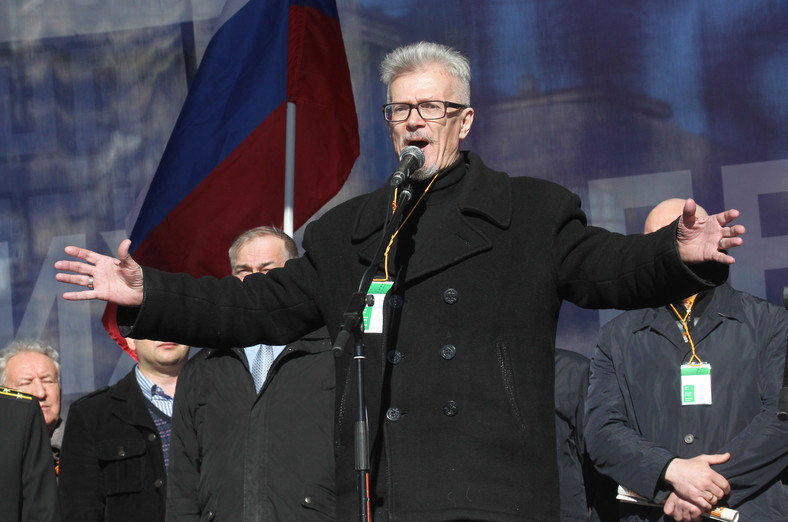 In the film Kirill Serebrenkov, Edward Limonov plays the well-known British actor Ben Whishaw from the films “Perfume: The Story of a Murderer” and “No Time to Die”. As “On” reports, the film was initially directed by Pawe Pawlikowski, who is responsible for “Cold War” and “Ida,” but quit that job in 2020 and became its producer instead.

– I don’t really like this character. Not enough to make a movie about it. So I decided to withdraw from this project – explained Pawlikowski during the meeting at the Docs Against Isolation Festival, about which he wrote “On the Subject.”

It is worth noting here that Limonov appeared in the documentary “Serbian Epic” which Pawlikowski presented to the BBC. The writer shot Sarajevo with a machine gun.