The opening of the exhibition “Nieuleczne” takes place on May 26 at 7.00 pm in the gallery “Spot W.” in the Mujahideen. Stalowa 33 in Warsaw.

On the site, you will be able to see the first professional photos of many subsequent Polish movie stars, and famous selfies Krzysztof and Zofia KomedówTeen Beata Tyszkiewicz At Jerzy Turovic’s house, photo Barbara Kwiatkoska Made into the cult Jazz Camping in 1959, Andrzej Oujda Against the background of posters of his films at a meeting with the Union of Polish Artists in 1963 and during rehearsals for the film “Demons” at the Stary Theater (1971), a wonderful trio in the 1965 cycle of “Przekrój”, i.e. Monica Dzenisevic, Grachina Haas and Daniel Olbrichskyif Kristina Zatovic and Edda In the strange role of a model (1960).

Incidentally “non-volatile” Curator of the exhibition, Leoya Medzic, has asked several female artists for a handful of memories from collaborating with Wojciech Plewinsky on the occasion of the implementation of specific images that will be featured in the exhibition. That’s what the stars said!

“(…) I met Wojtek when I started my theater school. When I was in my first year, I played with Lidia Zamkow in” Wesele “in the Słowacki Theatre. I played Isia and Chochoł. Someone is a photographer and takes pictures for the show. After the premiere, A rehearsal was called and there were backstage photos. Then the handsome Mr. Wojciech Plewiński appeared. I was afraid of everything. I was a child. I was 18. But it was great for me. The world and first professional photos.

Then a few months passed, it was spring. I remember walking down Saint John’s Street in Krakow in such a short skirt. I had a ponytail and fringe. A car stopped next to me. Mr. Wojciech got out of it. He came to me and said, “Daughter, girl, I’m a photographer and I’m taking pictures of ‘Przekrój’ for the covers, Girls for the cover. I don’t know if you’ve already read ‘Przekrój’?” He spoke to me as if he were a small child. “When I looked at you, I thought I’d take pictures of you.” He did not recognize me at all, he just said: “I know your mother will agree, but we will go to a mummy and if my mother agrees, I will take pictures of your cover.” And I was very surprised, because I didn’t know if I was going to tell him that I was a first year student and that I was sorry, but he actually filmed me. In the end, I didn’t say anything, because he touched me and said, “And don’t be afraid of anything. I’m not a pervert or anything like that. My wife is sitting there. Maybe we can drive for mom?” I thought: All right. I rode their car. Mrs. Joasia was sitting there and we went to the mummy.

And so it came to this first session. They took me away from Krakow. Joanna took care of me, dressed me, put my makeup on, painted my eyelashes and eyes, because I couldn’t make up at all. At the time, I was such an innocent and naive kid that I couldn’t pretend at all. Wojtek was very kind and gentle, and I was such a bit of a pet. Then they said to me, “You’re going to be an actress. Don’t be shy, the body is your workshop and it’s so beautiful. Time flies. Take pictures.” 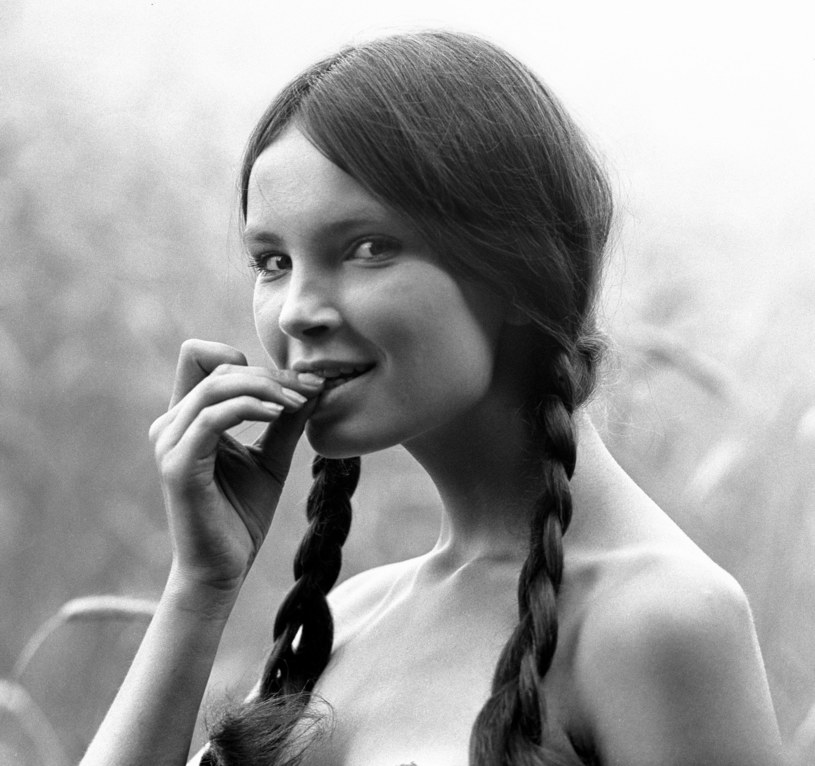 This year marks half a century since the unforgettable shoot of “Przekrój”, the then aspiring actress. In 1970, Anna Dziadek (she took her husband’s name only two years after her marriage to Wiesław Dymny) had only one role – the theatrical debut for a PWST student was the performance in “Wesele” directed by Lydia Zamko in Theater im. Julius Swaki.

At the time, my first half, one in pills, had my breasts bare. And I’m still a little girl there, and I’m still into such a cake. Thanks to Wojtek, this moment was captured. (…)

What does Wojciech Plewiński look like? You miss, this is your miss. He’s cute, he’s a gentleman, he’s cute. When I take pictures of someone, you are not embarrassed, you are just happy to be there. Something like that makes him look at you in a way that makes you happy that he’s photographing you. And something like that happens when you slack and you’re real, don’t make stupid faces, don’t get nervous, don’t take anything.”

Grażyna Barszczewska:
“Krakow. My first year of studies at theater school and my first contact with such photography (!!!?). (I mean to be lucky!) I am completely green, unconscious, without make-up. He – Mr. Wojciech – is handsome (!) , tactful, gentle, very interesting about diving adventures and … a short, tiring, effective encounter with the eye of the camera – the eye of the artist, who recorded the reality of that moment for a first-year student – freshness, curiosity for a new experience and a surprise in his first undress. Thank you Yours, Mister Wojciech!”. 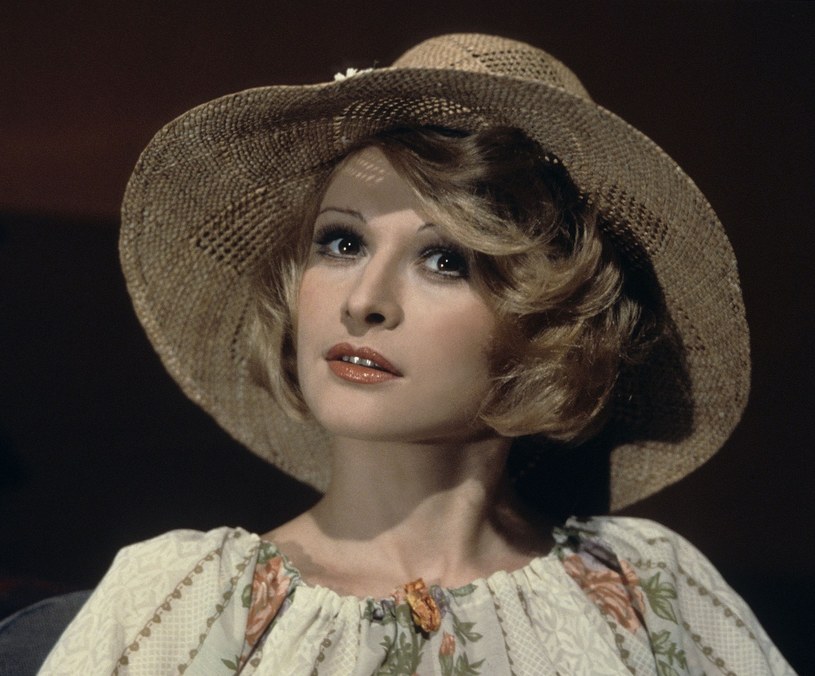 Grażyna Barszczewska celebrates her 70th birthday on Monday 1 May. The actress has given more than 150 theatrical, film, radio and television roles and performances at Dudek Cabaret Concerts. Although many directors wanted Barszczewska to see only another version of the beautiful Nina Ponimirska from the series “Kariera Nikodem Dyzma”, the actress never allowed herself to be drawn into painting, emphasizing character and diversity.

Beata Tyszkiewicz:
“I was lucky in my life. I played in a movie when I was 16. Then I studied in Szymanów with my daughter Turowicz family from Krakow (Jerzy Turowicz was Tygodnik Powszechny editor-in-chief for many years). It was an exceptional home. He is the most beautiful man I have ever met, as He had an extraordinary charm, he was generous and gave me his pictures that I have even today, my picture even appeared on the cover of “Przekrój”. That was a distinction. Best wishes you missed. Thank you for coming into my life.” 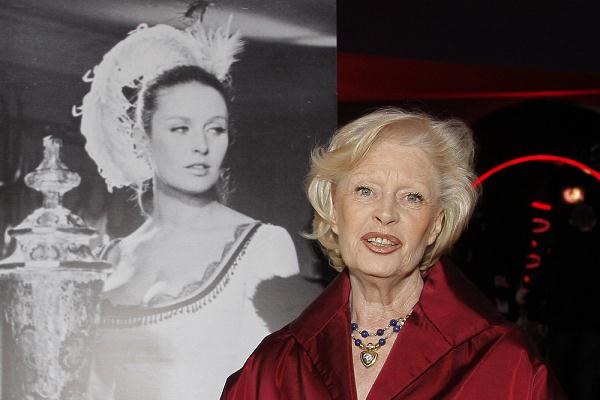 The “Countess of Polish Cinema” – Beata Tyszkiewicz – celebrates her 75th birthday on Wednesday 14 August! She is a true Countess, of flesh and blood, born in Willano Palace. During her acting career, she has performed with notable directors like: Andrzej Wajda, Tadeusz Konwicki, Wojciech Jerzy Has, Marta Mészáros, Claude Lelouch and Costa-Gavras.

Anna Senyuk:
“Wojciech Plewiński – not only talented, but also extremely handsome, the subject of the whole female’s sighs in Krakow! For decades, he has hunted from the crowds, from universities, from Planty, throngs of” cats “that decorated the covers of the cult young “Przekrój”. …. Thank you for that!”. 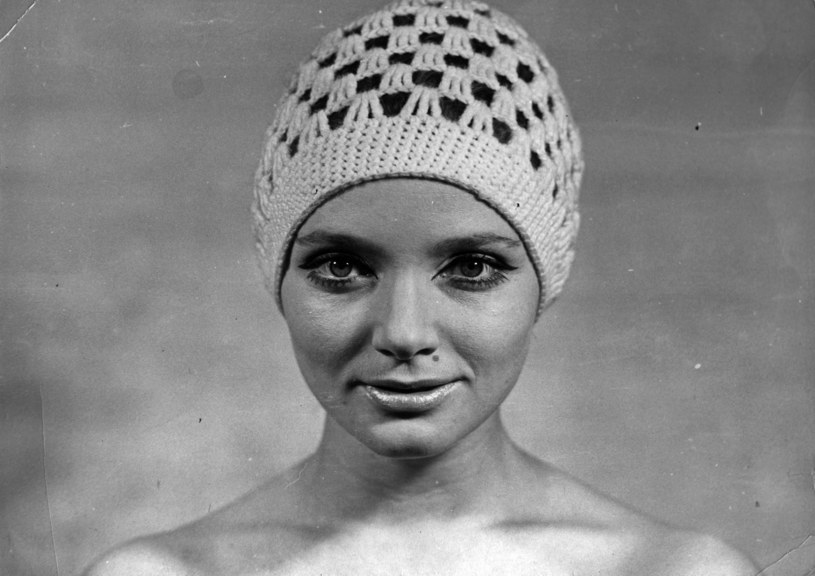 She made her film debut in 1963 in Mieczysław Waśkowski’s The Sins of Zacnych, but her performance was so episodic that the actress’s name is not even mentioned in the credits.

The exhibition will run until June 18.