Excerpts from Volker Bosch’s book “Free Head. How to Stay Focused and Creative”:

First of all, I would like to ask you a question (which is very typical for a psychiatrist anyway): How do you go about your day? What words would you use to describe your normal (working) day? What address would you give her? The best answer is what your intuition tells you. So don’t hesitate too long.

I often ask this question to my clients who come to me because they have problems in their professional or personal lives. When I start a counseling or therapy conversation, their responses more or less allow me to get an idea of ​​what is at the root of their problems. I’ve been collecting these answers for many years. They managed to complete the list with hundreds of items.

A very similar picture emerges from the analysis of the “stress report”, a study by the German Federal Office for Occupational Safety and Health (Bundesanstalt für Arbeitsschutz und Arbeitsmedizin), which included 17,562 employees working for employers. Admittedly, not all participants experienced these factors to the same extent. However, they described their career and experiences in the same way.

The report’s findings are not based on randomized individual studies, but are fully consistent with a previous study conducted on a similar group six years ago. In February 2021, the German health insurance company Techniker Krankenkasse published a nationwide survey called “Germany, Take a Break”, in which 1,250 adults participated. It showed that nearly 76 percent of people were online almost all the time, and in the youth group this was 92 percent.

The daily internet usage time was several hours. Messages, information, and emails have captured the lion’s share of Internet activity. At first, you might think that the two shutdowns caused by the 2020 coronavirus pandemic have contributed the most to the increase in time spent online. But in the pre-pandemic year of 2019, screen time was no less. In addition, recent studies show that private use rather than professional use has contributed to the higher level of media consumption.

In addition, the research findings confirmed a statistical relationship between high levels of media consumption and poor health (nothing said about the direction of this relationship). The respondents reported that this led to nervousness, disturbances in concentration and depression. The more distractions they have to do (for example, browsing the web while watching TV), the more difficult it is to focus and the degree of self-exhaustion they experience. Apart from this latest study, the number of sick leave days due to mental stress has been increasing for many years.

At the same time, it seems important to me to make some differentiation. Well, no unequivocal increase in morbidity was observed against the background of biological disorders of brain metabolism that lead to depression, mania or psychosis. On the other hand, the number of diseases caused by poor lifestyle or inadequate self-care, such as poor concentration, sleep disturbances, fatigue and depressive reactions, has increased.

Of course, there are many reasons for the subjective stress we experience today. These are real daily burdens, but they are also exaggerated demands on oneself. With my research group, we have published a lot of papers on this topic and written many different articles. However, in the book I would like to consciously refrain from discussing treatment in case of fatigue and from introducing traditional methods of stress prevention, such as exercise, healthy sleep, nutrition and muscle relaxation.

I am more interested in explaining how modern lifestyles and work, information overload and media consumption affect our thinking, productivity, social communication and well-being. First of all, I would like to focus on the problems that my customers face in everyday digital life, and emphasize the possibilities of wise self-management, thanks to which we will maintain the health and efficiency of our minds and ourselves.

Overloading and doing everything at once not only causes stress, but can take a heavy toll on productivity in the medium to long term. Therefore, methods of freeing the head and maintaining good mental health are becoming more and more popular.

More and more clients ask me if I can prescribe nootropics (these are substances that increase brain performance). Until a few years ago, they would shamefully ask about it, covering their mouths with their hands, but over time they ceased to be embarrassed. They want more energy, more efficient focus, better memory and, if possible, a consistently good mood.

Psychologist Larissa Mayer of the University of California recently conducted a study on the use of psychostimulants in a group of more than one hundred thousand people from fifteen countries. Regular brain stimulants occurred to varying degrees in certain areas, but they were really common everywhere. According to the research, in Switzerland, the more efficient materials were systematically used by 2 percent of the population, while in France and England it was 4-6 percent, 12 percent in Belgium and Canada, and about 30 percent in the United States.

The largest increase in recent years was recorded in Europe. The most commonly used substances are modafinil and methylphenidate, which have been used in the clinical treatment of attention deficit hyperactivity disorder (ADHD) for many years. The statistics do not include soft stimulants such as caffeine and energy tablets, nuts and fish oil. In Germany, the percentage of people who use nootropics to increase their effectiveness is now 3 percent. In the student group, it is 5 percent or more.

Investing in chemical brain stimulants isn’t without risk — and it doesn’t pay off in the long run. In fact, indiscriminate intake of methylphenidate by healthy people can have a marked effect on disorders of brain development because it reduces neuroplasticity, that is, the brain’s structural ability to create new connections and neural networks through learning.

Psychostimulants provide valuable pharmacological support in the clinical treatment of ADHD; In people whose brain is functioning properly and the drop in productivity is often the result of poor self-management, their use is meaningless. The potential for side effects outweighs the benefits of taking it and removes responsibility for a healthy lifestyle from these people.

The goal worth pursuing is not to improve the brain’s functioning with efficiency-enhancing measures, but to shape an accurate perception, deepen your thinking, and achieve spiritual peace in other ways in order to process your impressions without distraction. In the digital age, our brain does not need a chemical or technological update, but rather our natural support.

Excerpts from Volker Bosch’s book The Free Head. How to Stay Focused and Created. 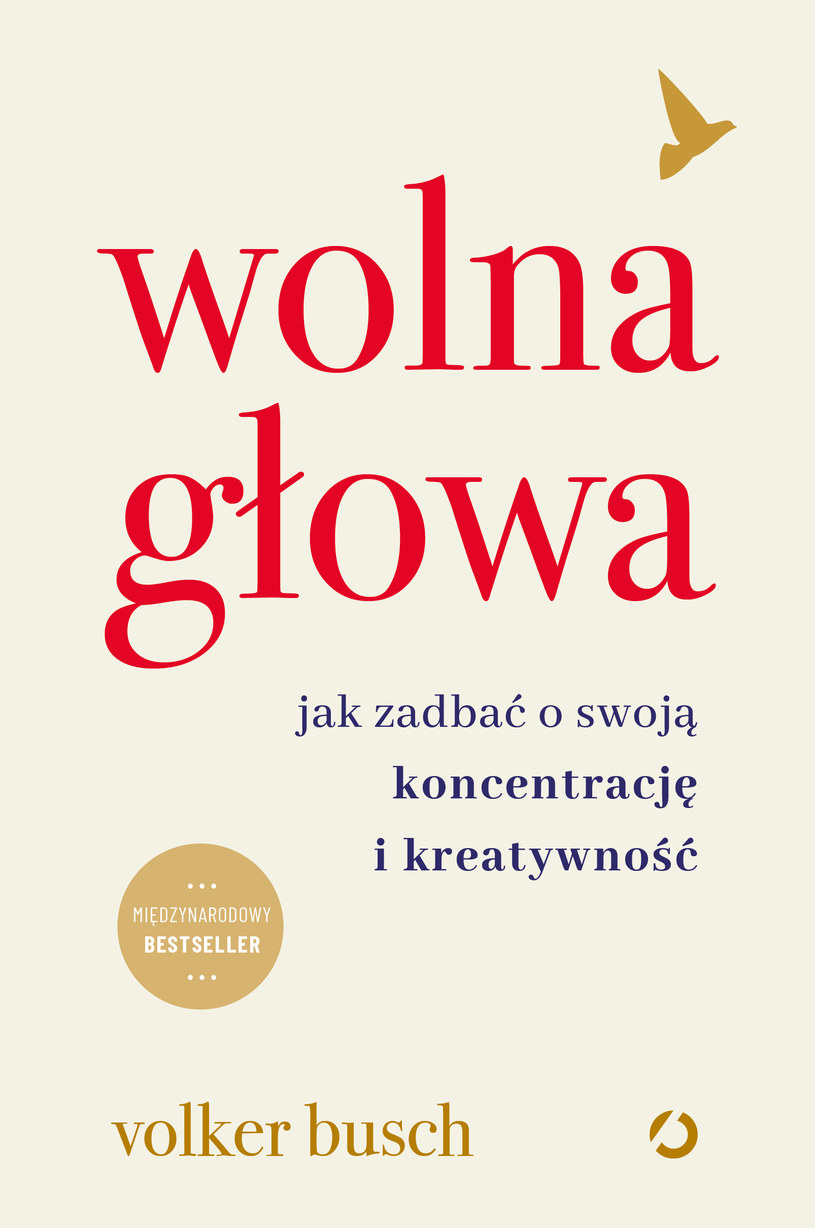 Cover of Volker Bosch’s book “The Free Head. How to Take Care of Your Focus and Creativity”
/press material

It strengthens the brain and memory. Blueberries can do miracles

Taking naps during the day, a vicious cycle for your brain