Eurovision Song Contest It has been organized by the European Broadcasting Union (EBU) annually since 1956, making it the longest-running annual broadcast music competition in history and has been listed in the Guinness Book of Records.

Since then, the wonderful music scene has gathered millions of fans not only in Europe. It is broadcast in countries such as the United States, China, India, Brazil and many other countries in the Americas and Asia and on the Internet. No wonder the contest attracts hundreds of millions of people every year.

Eurovision’s popularity goes far beyond the old continent – the best proof of this is the fact that since 2015, Australia has been participating in the competition. The country was invited to participate in the gala to honor the multi-million Australian audience of the concert. This year, for the first time in history, the American version of the event will take place. Thanks to participation in Eurovision, artists such as Julio Iglesias, ABBA, Celine Dion, Brotherhood of Man, Al Bano, Romina Power and last year’s winner, Maneskin Band began their international career.

Eurovision is famous for A large and diverse group of participants. The potency is suitable for any artist, regardless of gender, skin tone, religion, age or sexual orientation. One of the most important groups is the LGBTQ community that is an integral part of every edition of the competition, which has become an element of queer culture.

Rainbow flags are often seen among the audience at concerts. Among the winners of the Eurovision competition were many heterosexual people – transgender Dana International, lesbian Marija Seferović, drag queen Conchita Wurst and bisexual Duncan Laurence. 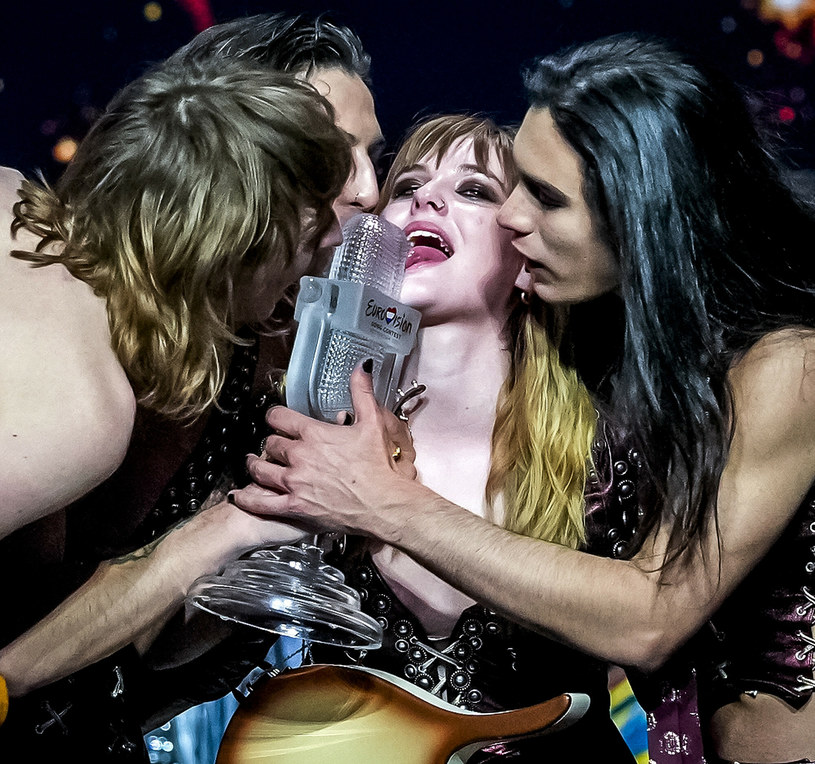 Conchita Wurst’s victory was one of the most famous Eurovision results in recent years. In 2014, drag queen, a stage creation of Austrian singer Thomas Neuwirth, won the song “Rise Like a Phoenix”. Then conservative media wrote about the victory of the “bearded”. As of 2020, Hungary has not participated in the event, unofficially because the country’s authorities consider her “too gay”. LGBT supportTurkey and China did not like their appearance at Eurovision in the past.

Eurovision’s biggest controversy has been linked to it for years political context. The main complaints are about voting, especially the jury – many countries award points according to international alliances. For example, Russia exchanged points with Belarus (when both countries can participate in the competition), Greece with Cyprus, Italy with Malta, Great Britain with Ireland and Belgium with the Netherlands. Usually, the Balkans, Scandinavia, and the Baltic states vote for each other. Another theory about this mechanism is that it is due to similar musical tastes, cultural connections, and understanding of languages. 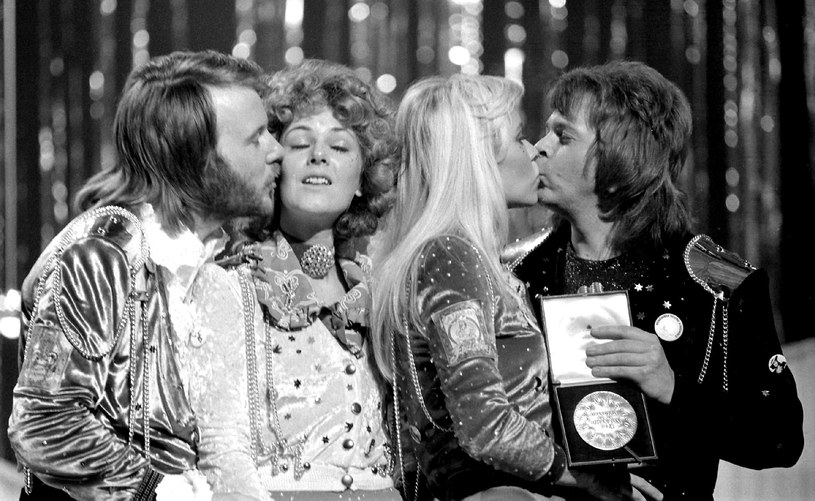 Thanks to Eurovision people are going crazy, among other things ABBA team
/Getty Images

Tensions between the countries participating in Eurovision are also a problem. The conflicts have occurred, among others on the line Armenia, Azerbaijan, Russia, Georgia or of course Russia and Ukraine due to Putin’s military operations since 2014. Over the years, Israel’s participation in the contest has sparked controversy. Initially, the topic was about the Arab countries that had the rights to broadcast and did not want to show the performance of the representatives of this country. In turn, in recent years, it is related to Israel’s policy towards Palestine and the accusations of those who call Al-Wardi. In 2018, when Eurovision was to be held in that country, some fans of the competition, including those from the LGBTQ community, called for a boycott of it.

Criticism of Eurovision is also closely related to musical aspects. At one time, the competition was associated with kitsch due to extravagant costumes, luxurious scenes or the lyrics of many songs about peace and love, a great example of which is the performance of Ich Troje with the song “Keine Grenzen” in 2003. However, the Eurovision audience loves the competition, incl. For these very reasons, the voting results also show. In recent years, experts have appreciated the great diversity of musical genres that appear on Eurovision. Whereas in the past it was pop stories with folk elements, now there is also metal, rock and hip-hop.

This year, politics once again had a huge impact on Eurovision. The European Union acted as it should in the face of Putin’s attack on Ukraine and Russia has been excluded from the competition. Similar to what happened a year ago, Belarus will not perform any of them – it was a matter of breaking the principle of the non-political nature of words and disagreement over the choice of actor. This time, the country was forbidden to perform with Russia, which it supports on the international stage.

A few days ago it exploded in turn Scandal related to the publication of pictures from rehearsals On the official Eurovision profile on Instagram. Each of them was followed by a post with a few photos of a representative of a particular country. This was also done in the case of Ronelli Hajati from Albania. However, after 25,000 users liked the post, it suddenly disappeared the next day…Instead, a new photo was added and two photos were replaced by another. One of them showed a poorly dressed singer accompanied by half-naked dancers, holding hands in the area of ​​\u200b\u200bthe intimate organs of the body. On the other hand, there was the dancer Claudia Pepa, the main character in the performance of Hajati, whose joint dance symbolizes same-sex love. 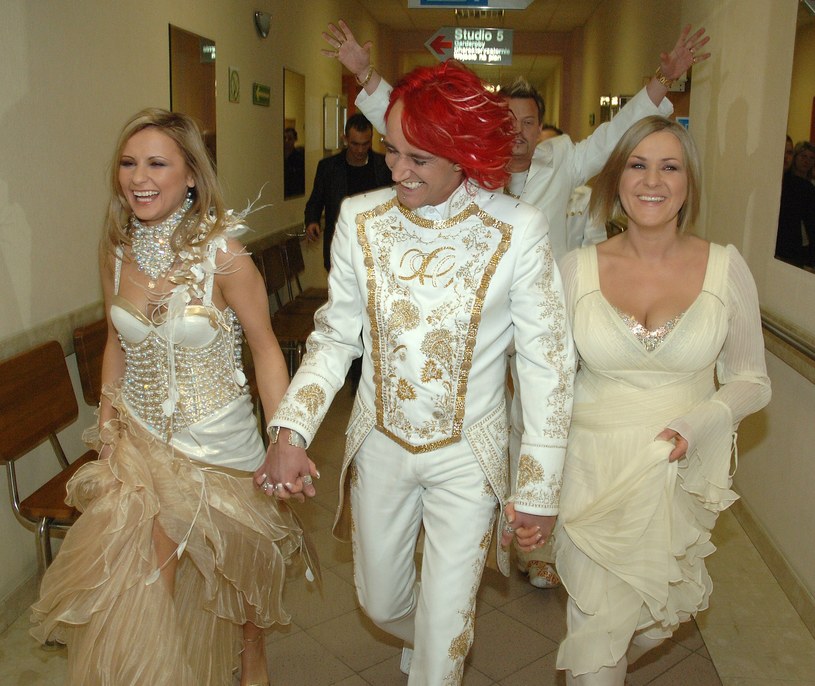 Next, the EBU had to wonder if Hajati’s performance was “too provocative” and appropriate for a family show like Eurovision. The organizers had to ask the Albanian actress to change the choreography, which she did not want to agree to. The singer was defended by her fans, as well as Eurovision fans and journalists, among others, from the famous Wiwibloggs portal, which pointed out the hypocrisy, because the representatives of San Marino and Finland are also half-naked, but their photos were posted on Instagram and they did not disappear from it. In the end, however, my needs didn’t change the choreography, just making slight visual corrections.

The semi-finals this year Eurovision It will take place on May 10 and 12, while the Grand Finals will take place on Saturday, May 14. The competition is held in Italy due to the victory of the representatives of this country in the previous edition, that is, the Maneskin team. Turin was chosen as the organizing city. The Polish candidate for the award is Christian Ochmann with the song “River”. According to experts, it has a chance to be at least among the top 10, in turn, bookmakers choose Ukraine to win.

Short hair ideas. These hairstyles will make you 10 years old!

Aida sends another message. This time he is writing about plants

“The middle class suffers the most.” The ring is tightening