– We open the 140th rowing season. Therefore, I would like to announce that this symbolic hoisting of the flag on the mast is the beginning of the celebration of the jubilee of the Płock Rowing and Pock Sports Association. 140 years is a major achievement in sport, organization and education, which cannot be summed up in a few sentences. We have a beautiful and rich history, made up of great athletes, social and patriotic activists. People who often sacrifice their material possessions, time with their families, write the most beautiful pages of the Society’s history. Thousands of rowers grew up in the marina of this club, hundreds of them won medals in Polish championships and represented Poland at world events, dozens of them won medals of world and European champions. 12 Olympians grew up here, 5 of them won Olympic medals – said PTW President Jacek Karolak.

During the ceremony, with the support of PKN ORLEN and Płock City Hall, the ceremony was attended by many athletes and retirees. Among the guests we noticed, among others, Adam Korol – the Olympic champion from Beijing, who is currently the president of the Polish Federation of Rowing Societies.

– I’ve never been to Pock before, which is really nice. I had the opportunity to do some sightseeing in this city this morning. Traditionally, before breakfast, I did a short-term training as part of a visit to a place I had not visited before. 140 is truly a great era, great achievements, and a history that I envy you a lot. Adam Korol, President of the Polish Federation of Rowing Societies, said I admire those clubs that have been in operation for many years, successful and able to keep their traditions, and that is a beautiful thing.

Płock’s president, Andrzej Nowakowski, was absent during the ceremony, who was replaced by Monika Belinska of Płock City Hall. The event was attended by Representative Elipita Jabinska.

– 50 years ago, in 1972, three young athletes, born in Blok, unfortunately, in the colors of the clubs then wearing the uniforms, took part in the 20th Olympic Games in Munich. They were: Jerzy Kraska, a pupil in the soccer department of Masoviya Blok Sports Club and coach Arkadiusz Bernaki as well as Grzegorz Stilak and Alexander Masiejowski, two of the rowers, and students of coach Bogdan Karovsky from the Rowing Association Blok. It was they who introduced the athletes from Pock to the Olympic track – the vice president of the Płock Olympic Club, Ryszard Olczuk, introduced the athletes present at the event.

During the ceremony, people who excel in kayaking and sports were honored at Pock.

Julita Kolpa, Head of Social Welfare at PKN ORLEN, thanked the Płock Rowing Association, the Olympic Club and the athletes for their achievements.

You deserve our great respect and admiration, especially in the eyes of these young athletes who want to win medals and also want to be Olympians. Thanks so much for that fame, as well as for Pock. PKN ORLEN knows and appreciates this very well, because we are a very active sponsor, both in professional and amateur sports. Yulita Kolba said: “We support amateur and youth clubs so that youngsters also get a chance to become famous athletes.

The representative of PKN ORLEN confirmed that the concern will continue to support the Płock Rowing Association and to cooperate with the Płock Olympic Club. Wioletta Kulpa wished the athletes success not only in Poland, but also on the international scene.

After the official part, there were rowing races on the Vistula River and youth Olympic competitions. The activities of rowers in Płock are supported by: PKN ORLEN, Płock City Hall, Krajowa Spółka Cukrowa and Terbud. 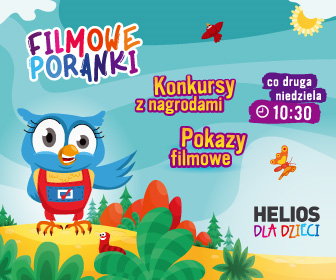