Entering Krakow from the Wieliczka side, you cannot miss the Płaszów camp. From afar, you can see a huge, curved monument to the victims of Nazi crimes, towering over the road. However, if it were not for this statue and the many information panels placed by the Historical Museum of Krakow, it would be impossible to guess what this place is. Only the wide plazas, some walls and hills remained after the former labor and concentration camps. Today, the area looks like a green recreation area.

So it’s no surprise that locals are keen on walking their dogs, walking, sunbathing, picnics and relaxing amidst nature. Most of them don’t realize they’re brushing a blanket… someone else’s bones. Although the memorial sites associated with the concentration camp are well marked, there is another historical monument and place of worship in this area that hardly anyone remembers today.

On the edge of the camp, near the entrance from Jerozolimska Street, there is an area strewn with trees and twigs, where local residents used to walk their dogs. Few people know that this neglected, unmarked place is a cemetery area, of which today only a few tombstones remain. Do pedestrians fail to notice them? Or maybe they can’t read because the inscriptions are written in Hebrew?

For Jews, every cemetery is of great importance – it is more important than a synagogue. Only the Temple of Jerusalem ranks higher than the Jewish cemetery – the only temple of Judaism, the place where the Ark of the Covenant is kept, after which only the Western Wall remains today. 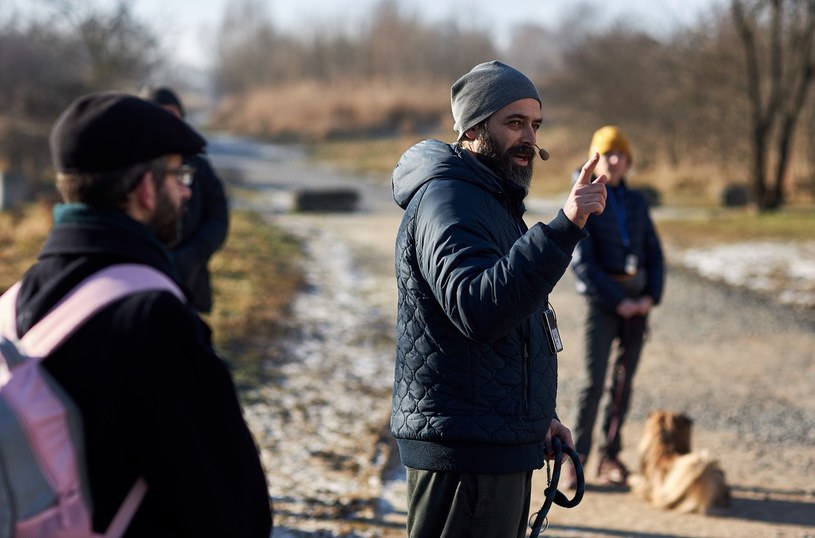 This is one of the first words of Alexander Schwartz – a specialist in Jewish law in the field of cemeteries and burials, who was invited by the FestivAlt Foundation to lead a picnic: “Jew, neighbor and dog.” The importance of cemeteries in Judaism and the history of the burial place in Płaszów. The discovery of hidden places is accompanied by friends of four-legged people – dogs.

Neither FestivAlt nor the expert of the Rabbinical Committee for Cemeteries wants to prevent people living in the vicinity from entering KL Płaszów. Not only that, many organizers live in this area and walk here. The organization wants to present the meaning and role of place. It’s not about “taking” the people who live in the vicinity of the recreation area, it’s just about separating the cemetery in the minds of the locals, who still exist in this area, although not seen today. 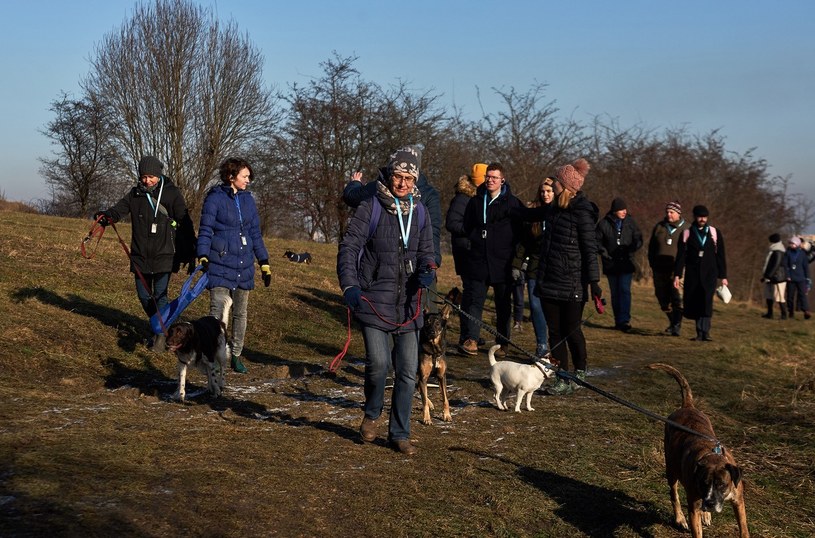 Judaism forbids exhuming corpses from graves (except when they are buried in Israel). Therefore, putting a cap on someone else’s bone is not just a literary exaggeration, but rather a reflection of the actual state of things. Although matzevot was intentionally destroyed and hung on the ground a long time ago, the cemetery – the holy place of Judaism – is still here.

What is particularly noteworthy is the amazing freedom that the specialist in Jewish law leaves to the participants in the field of cemeteries and burials. He talks about his “sacred” place, yet he never says “that shouldn’t be here”, “it’s forbidden” or something like that. The guide said that what he, as a Jew, would never do, but the decision on how they should behave while walking in this area is up to the participants. The strong in the air during the event is the atmosphere of dialogue and mutual respect. 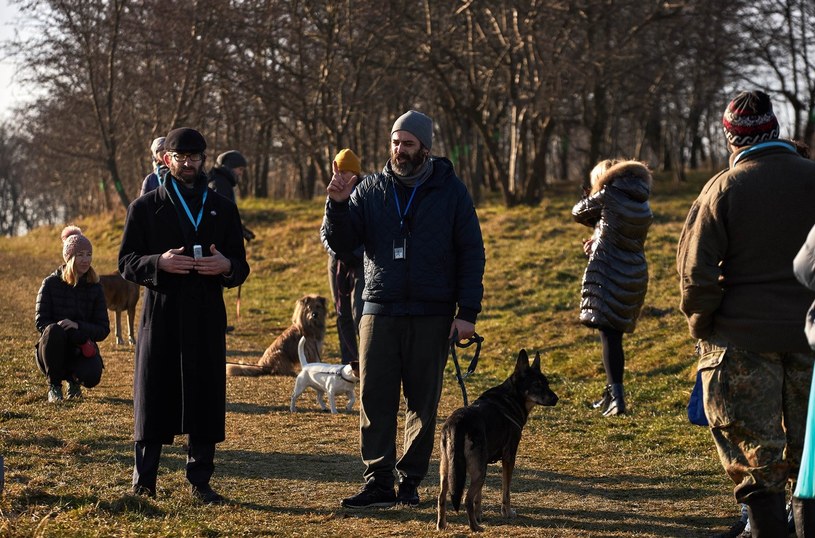 Respect is very important here. Not only when we talk about the Jewish cemetery in Płaszów, but also about other places of worship. What do Christians feel when their temples are transformed into shops – like the evangelical church in the village of Zabór near Zielona Góra or the temple in Wieldządz, which for many years was a discotheque?

Doesn’t it hurt a Catholic when tourists who visit St. Mary’s Church in Krakow, St. Anne’s Church in Warsaw, or Gniezno Cathedral there ignore the Mass and the faithful faithful? Is it disgraceful for atheists and visitors of a different faith to talk loudly, dress inappropriately, or eat while visiting churches? 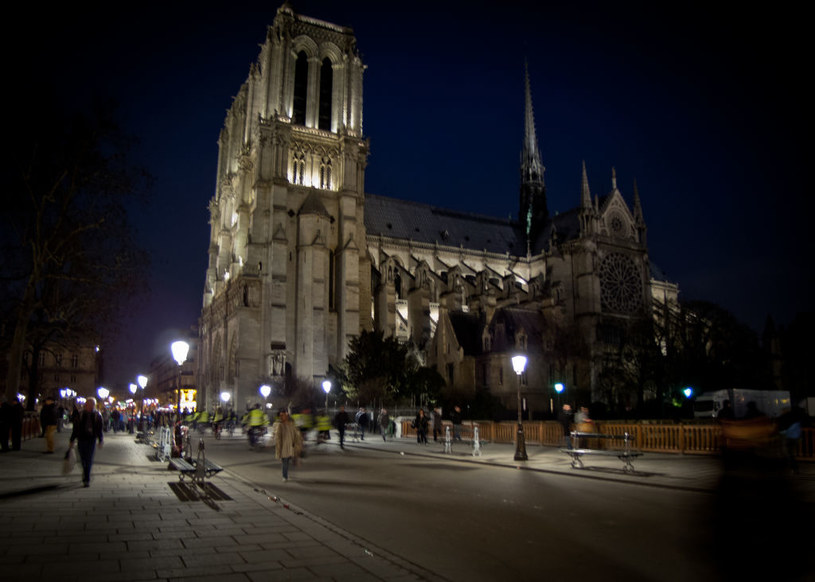 A sad example is the Notre Dame cathedral in Paris. Before the fire, it became such a tourist place that it began to look more like a museum than a temple. Loud conversations, commemorative mints, tourists wandering everywhere not interested in the Eucharist in the pass. A Catholic’s heart bleeds as he watches what is happening inside the church.

Disrespect for places of worship of other religions can lead to unnecessary social tensions, conflicts and insults to religious feelings. Catholics, Jews, Protestants, and Muslims feel the same way when someone violates the sanctity of important places of their faith. It is not about worshiping these places as with their followers, but only with dignity in the face of something sacred to someone else.

Anyone who wants to learn to respect a sacred place of Judaism can do so by taking part in another walk. It is a recurring event and it is completely free. It involves both locals, and citizens of Krakow and tourists. This is a good way to learn more not only about the cemetery but about the religion of Moses in general. Alexander Schwartz is a competent guide and a kind and open-minded person. Anyone completely ignorant of the principles of Judaism can go for a walk, because the guide will patiently and easily answer all, even the simplest questions. The next edition of the event will take place on May 8, 2022. People who are afraid of dogs will surely be pleased that this time the rally will be held under the slogan: Jew, Neighbor and Bike. However, fans of the quad will be able to take them to the event on June 26, 2022. Every weekend, the green areas of the former camp in Płaszów attract thirsty Krakow residents to breathe. Many of them are unaware of the uniqueness of this place
/123RF / PICSEL

In Spain, they rebuilt a church into a community center. Dormitory set up in Germany

Dozens of parishioners leave the Moscow Patriarchate. “this is the beginning

The position of women in Judaism