We checked if the latest Emit 20 monitors reproduce the Danish manufacturer’s sound that has been developed over the years?

A few years ago, the basic series of DM amplifiers in the Dynaudio catalog was replaced by the Emit line. Currently, it includes the Emit 10 and Emit 20 monitors as well as the Emit 30 and Emit 50 floor stands. The Emit 25C center column completes the affordable offering.

In the latest version of the speakers in this series, for the first time, completely new mid-range tweeters were used, equipped with coils of much smaller diameter than before. This seemingly insignificant change made it possible to have a voice that determined the direction the Danish manufacturer is currently heading in. Will current Dynaudio fans appreciate them? I was looking for an answer to this question when I tested the two largest rack-mounted models, the Emit 20.

The latest Emity version is based on a modern design that refers to loudspeakers from more expensive series, such as the Evoke or Contour. The enclosures look different than before, mainly due to the fronts, the speakers are perfectly integrated – their baskets no longer protrude beyond the headboards. The boxes are finished with vinyl paper available in three colors: matte white, matte black or imitation walnut. In the last two cases, the fronts were painted with a slightly glossy black varnish (satin).

The Emit 20’s speaker system works in a classic two-way design for this size of speaker. Although the center woofer’s 180mm diaphragm is made from a typical Dynaudio material called MSP – a polymer with a mixture of silicate and magnesium – the driver looks different. As already mentioned, the coil of smaller diameter was used, so now the vibrating mass of this unit is less. A more efficient motor could react more accurately to the pulses fed from the amplifier (large-diameter coils were slightly heavier, which translated into a slower response of the amplifier to the pulse, and also required higher doses of current from the amplifier).

The Cerotar tweeter takes care of the upper band range. It’s an engine that’s been improved down to the smallest detail from the higher positioned Evoke series. It was developed based on the experience of amplifiers installed in columns belonging to the upper trust line. As you can see, over time, solutions initially reserved for higher models only began to find their way into much cheaper solutions. 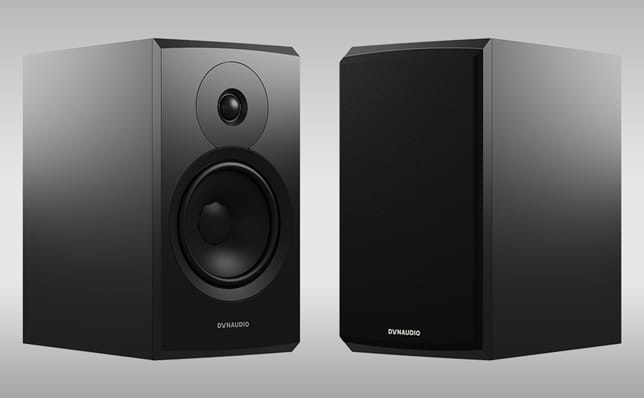 The Emit 20 monitors are based on a crossover that includes a first-class filter for the subwoofer (based on a polypropylene capacitor and a simple ceramic impedance damper) and a second-order filter for the mid-bass and mid-processing amplifier.

The boxes are wet from the inside with faux wool – all the walls of the tweeter room are lined with it. The resonance tunnel for the bass reflex system is located on the rear of the chassis. Inside, there are longitudinal and aerodynamic grooves, the task of which is to reduce the turbulence leaving the port with the air stream. The amplifiers are equipped with single but solid input terminals that accept different ends of the speaker cables. On the front are invisible eye-catching magnets that are used to attach the fabric covers. 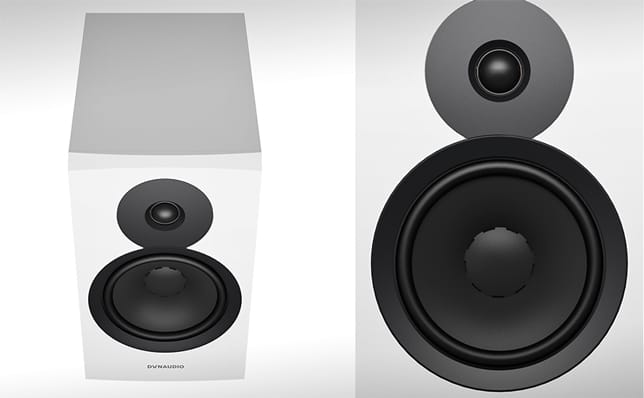 Emit delivers 20 typical screen sounds. The integrated two-way speaker system installed in a large box grabs attention with its colorful, vibrant sound with decent dynamics and control. The bass of these speakers is tight and very fast, but when needed, the “twenties” are able to bring out the right mass of instruments operating in this part of the range. In the mid-range, the audio shines with a rich palette of colors and is soft as silk. The triple layer amazes with the richness of detail reproduced in a manner typical of the excellent Cerotar dome: it is subtle and at the same time dynamic and decisive.

I have to admit that after testing the largest Emit 50 floor stands, my expectations for the Emit 20 were high. At the same time, I took into account that the screens would focus on other aspects of sound. Whereas the “fifties” treble was meant to emphasize sound power and maximum extension, especially the low notes, in the case of the Emit 20, the freedom to convey primarily musical information, offer a richness of recording content, and not break records. This can be heard, among other things, in the higher registers, which should be considered the nail of the program. The most delicate sounds in this range are engraved with surgical precision, which, combined with a very gentle timbre, achieves an impressive effect. Attention is also drawn to the smooth and harmonious transition of the soprano to a soft plastic middle layer that pleases the ear in a full range of colors. 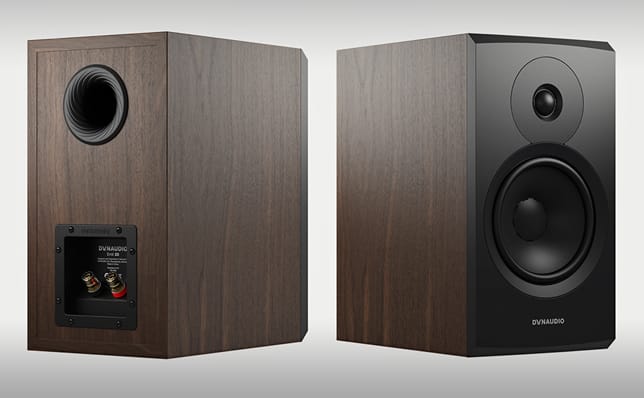 In the mid-range, the Emit 20 ranges behave graciously, even with a certain distance. These speakers do not interfere excessively with the timbre or power of the devices. Akim Fukuhara piano recreation from the album “Brahms – Claviertstucke Opp. 76, 118, 119” has been recreated with the flair and lightness that characterize the playing style of this prominent pianist from Osaka, Japan. Dynaudio’s screens didn’t make this instrument nearly so close to your fingertips. Instead, they showed it well from a distance and you could feel the sounds of the room. Music in the mid-range shone with a richness of colors, without pronounced coloring. So the Emit 20 can be very proud of the natural, which is a rare element of sound in the case of speakers at this price. The previous Emit M20 was not convincing in this regard, which means that the manufacturer has made significant progress here.

In addition to the distinctive smoothness in handling every sound, there is also a freedom unparalleled in previous models.

The lower notes tend to be subtler and softer, which is associated with the plastic sound of these headphones. However, thanks to a fairly large housing and a midrange tweeter that reacts relatively quickly to changes in dynamics, the Emit 20 is able to deliver bass in a perimeter and in a variety of ways. The lower components are calm and unstressed, although they can effectively score a stronger hit. In the low, pulsating notes of Jan Garpark’s music from the album “Rites” Emit 20, they convincingly conveyed the rhythm determined by the instruments playing in the bass. 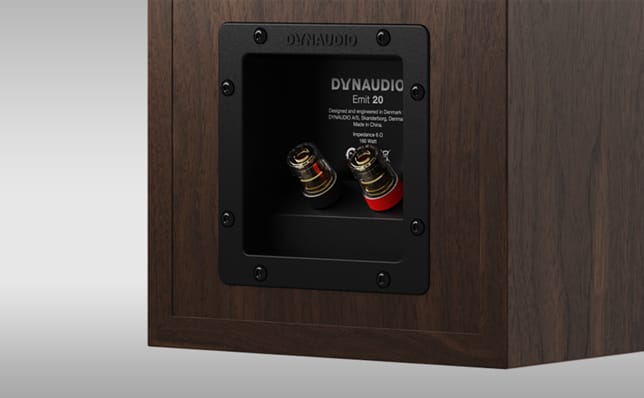 The stereo sound deserves attention, too. It is wide, with the background clearly displayed. Interestingly enough, Emit 20 doesn’t like the front very much. Yes, everything that happens on the speaker line, and sometimes in front of it, is clearly visible. Of course, the larger Emit 50 shows better results when it comes to momentum in building the farthest planes, but the Emit 20, as fit for screens, focuses more on displaying dummy images that focus on a smaller area. Thanks to this style of playing, we can feel the intimate nature of the theater, which fans of jazz, instrumental and vocal music will appreciate.

After listening, it turns out that Emit 20 is still loyal to Dynaudio’s ideals. These speakers feature the sound style that the Danish manufacturer has developed over the past years. In addition to the distinctive smoothness in handling every sound, there is also a freedom unparalleled in previous models. Equipped with a much lighter voice coil, as well as a more efficient driver, the mid-woofer is able to more accurately respond to the impulses fed from the amplifier. If someone previously accused the Dynaudio speakers of being overly firm in handling dynamics, they may be pleasantly surprised by the changes in the latest model.

Emit 20 recreates music according to its character, and its most important elements appear in the space with studio precision. They are also very lenient with the worst recorded albums, so we can be sure that even poor quality recordings will be a pleasure to listen to, which is a huge advantage for these monitors. So if these features are of great interest to a person, then listening to the “twenties” is simply necessary.