When Tchaikovsky’s Swan Lake was broadcast for hours on Soviet television on August 19, 1991, people quickly realized that something was wrong. Conservative forces of the Communist Party of the Soviet Union (CPSU), the army and the KGB attempted to overthrow Mikhail Gorbachev. They did not like his reform policies of “glasnost” (opening) and “perestroika” (reconstruction), but this coup failed.

Today, the ballet is not broadcast on Russian state television. Instead, information and political programs are broadcast almost all day, to support and present the Kremlin’s policy in a good light. That is why Russians who criticize power talk among themselves about “Zombie TV” or “Zombie TV”.

However, the role of the media in Russia has not always been limited, and the media themselves are subject to power as they are today.

After decades of complete control by the communist regime, during the period of glasnost and perestroika, the media had more and more opportunities to influence the political changes in the country and became more and more independent.

– After the collapse of the Soviet Union, there was a great demand for independent journalism among Russians. This is evidenced, for example, by the emergence of many new print media in a very short time. Not only in Moscow and Saint Petersburg, but throughout the country. The Russian media was very active at that time and publicly reported the end of the Soviet Union, but also about what was happening there during the communist years, says Ulrike Groska, a press spokeswoman for Reporters Without Borders.

But this “golden age” of print journalism ended very quickly. The economic crisis in 1993/94 led to the closure of many newspapers. The role of television stations increased, which was no longer controlled by the Kremlin, but was subject to powerful bosses in Russian show business. Oligarchs such as Boris Berezovsky and Vladimir Gusinsky bought the country’s main TV channels, including ORT and NTV. Thanks to their media empires, they largely led politics in Russia in the 1990s. For example, in the 1996 presidential election, these oligarchs helped democratic-minded Boris Yeltsin win against the communist Gennady Zyuganov, who thus prevented the return of the old elite to power.

Another thing is that the media empires of Gusinsky and Berezovsky were not always politically close together. Gusinsky was often against the Kremlin, while Berezovsky supported Yeltsin, and later Putin. In turn, Gusiński’s NTV station openly demonstrated the brutality of the war in Chechnya, thus gaining popularity and respect throughout the country. 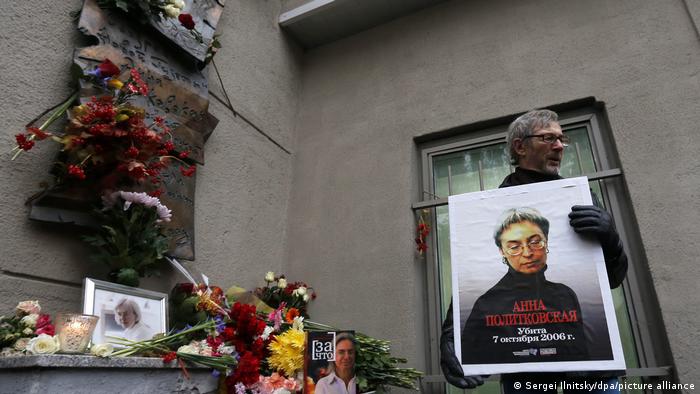 The gradual collapse of the media after 2000

The pro-Kremlin ORT channel, owned by Berezovsky, backed Putin in his battle for the presidency and helped him win the 2000 elections, but 20 years later Putin is the gravedigger of a free press. Since 2000, the degree of press freedom has been severely restricted.

– Immediately after taking office, Putin began to subject the media to state control. Gusinski’s NTV station was closed in an amazing way: armed security officers entered its headquarters, which was partially broadcast live. Under various pretexts and accusations, its owner was deprived of power step by step, explains Ulrike Gruska.

A similar fate befell another former benefactor of Putin, Berezovsky. Putin did not forgive him because he distanced himself more and more from his policy. Berezovsky’s ORT station came under state control and today, as “Channel One”, is the mouthpiece of Kremlin propaganda.

From year to year, more and more free voices in Russia fell silent. Control of the free media became stricter after the 2011/12 winter demonstrations against alleged electoral fraud, the annexation of Crimea and the outbreak of war in Donbass in 2014. Only the official speech of the Kremlin was published by state channels, and critical media were criticized as “traitors.” and “clients”. 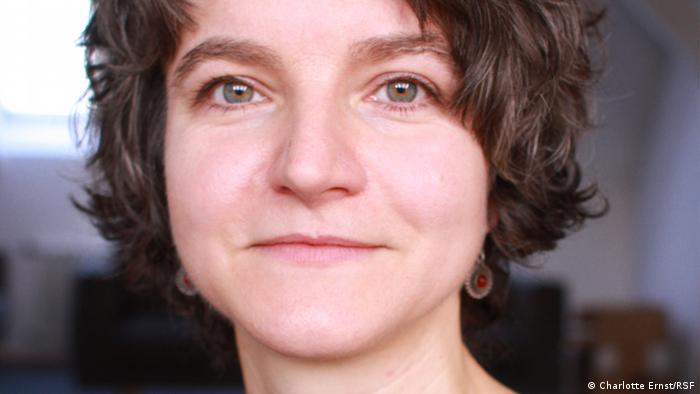 Ulrik Groska, Russia expert and spokeswoman for Reporters Without Borders

On the eve of the 2014 Sochi Olympics, RSF said that “independent journalism” in Russia has become a “combat sport”. No wonder that in a 2017 Koerber Foundation study, 76 percent of Russians surveyed said the media’s job is to support the government in its work and approve its decisions.

For a long time, the only place for voices criticizing the system was the Internet, where free media and bloggers could do reasonably well.

“Russian leaders have lagged behind in the importance of the internet for social discourse,” says Ulrike Gruska. Compared to other repressive regimes, such as in China, for example, where the Internet was built from the start as a network under strict state control, the Russian network remains decentralized. There are many nodes and many providers involved in exchanging information – Reporters spokeswoman bez Granic adds.

However, Moscow realized the importance of the internet and silenced all independent media by introducing a number of legal changes. At the moment, access to platforms such as Instagram and Facebook, as well as to the sites of foreign media houses can only be accessed using a special technology, the so-called VPN. Media monitor Roskomnadzor – the Federal Service for Supervision of Communications, Information Technology and Mass Communications – can block many Internet platforms at any time, and the appropriate Russian software must be installed on computers and smartphones. 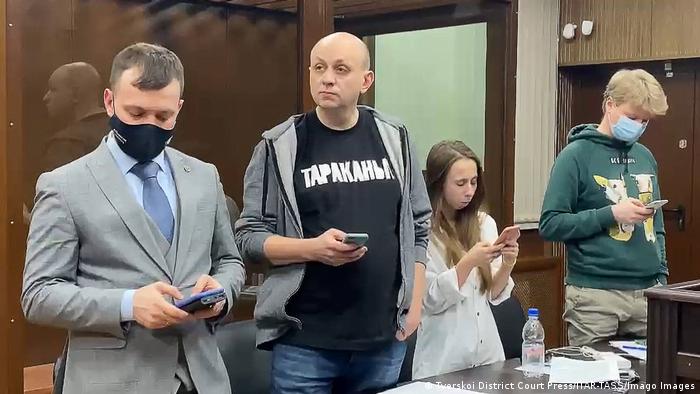 In 2011/2012, the government of the Russian Federation tightened the screws even more. Successive laws were passed that made the work of journalists difficult. From now on, they were not allowed to write about the lavish villas or the high salaries of government officials that smelled of corruption. They were also prevented from being discovered by describing various scandals and intrigues of the authorities.

International organizations that carry out political activity in Russia and receive funds from abroad must register in a special state registry as “foreign agents”. Its employees constantly face fines or imprisonment.

– There is no doubt that the democratic discourse in Russia has changed radically. Almost all of the critics of this system are now abroad and it is difficult to assess how much independent information is still arriving in Russia, or what seems more important, how it is received and credible there, says Ulrike Groska.

– I hear it all the time from friends and colleagues: the biggest problem is not that people in Russia do not receive information that there is a war in Ukraine and that apartment buildings are being bombed, but there are so many people that, even if they found out, they simply would not believe it, because for twenty years State television flooded her with propaganda content. A large part of Russian society has now adopted the Kremlin’s narrative that Ukraine is ruled by a Nazi regime, from which the people who live there must be liberated, assures the RSF spokeswoman. 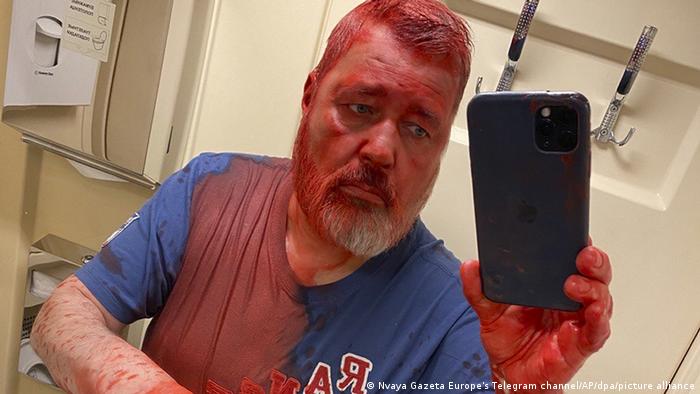 2022 is the free media harvest

The events of the past weeks and months have completely wiped out the last free media in Russia. At the beginning of the year, a major purge began in the world of Russian media, in the framework of which the Deutsche Welle office in Moscow was closed and the accreditation of DW correspondents working in Russia was withdrawn. But it was only the beginning. After the Russian invasion of Ukraine on February 24, 2022, the last independent media outlets were muzzled. Even those who were thought to be protected by their popularity.

Thus, on March 1, 2022, the independent radio station Echo of Moscow was removed from the network, and the website of this station, created in 1990, was also blocked. The nail in the coffin was the reliable and courageous reporting from the first days of Russia’s war with Ukraine.

The much younger independent TV station Dożd (“Deszcz”) also met the same fate. It was closed in early March for “faking events in Ukraine.” Most of the editorial team left the country in a hurry, and attempts are now being made to rebuild the editorial team in Tbilisi, Georgia.

Finally, the newspaper “Nowa Gazeta” and its founder, Nobel Peace Prize winner Dmitry Muratov, one of the symbols of Russian and international journalism, was targeted. For many years, the editorial office of “Nowa Gazeta” had one of the best teams of investigative journalists in Russia, the last great achievement of which was completely honest coverage of events in the stricken Ukrainian cities.

Are there ever free and independent voices in Russia? “They’re out there, but they can’t post anything,” explains Ulrike Gruska. In addition, according to her, the vast majority of freelance Russian journalists who previously worked in Russia at the supranational level are now abroad. From there, their voices are almost heard in their homeland. This is ensured by the authorities by exercising repression and blocking access to the Internet.

– Reporters Without Borders press spokeswoman concludes that the state of the media in Russia today reminds us of the darkest and most difficult times in the Soviet Union.