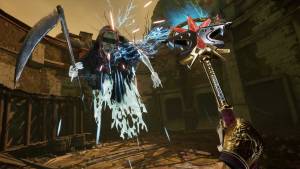 Carbon Studio, producer and publisher of Virtual Reality (VR) games, will co-create an international project related to the exploration of an alien planet in the Metaverse. The company has just signed an agreement with UIG Lab, which provides for the cooperation of both entities in the creation of the Metaverse, and the development of blockchain technology. Carbon Studio will be responsible on the project for the creation of VR components and technology facilities.

Metaverse, derived from the words meta (or beyond) and verse (part of the English word cosmos, meaning world), is an instantly popular network of 3D virtual worlds.

The new form of the Internet, announced by the creator of Facebook – Mark Zuckerberg – allows you to create a virtual world in which users can perform activities that exist in the real world: hold meetings, work, participate in virtual events or shop. Metaverse is also an opportunity for companies to run and develop their own business.

– We are pleased to announce that we have joined the international teamA team implements a joint project – a sandbox, which assumes the development of a colony on an alien planet. The project is very interesting in terms of the cross-platform game itself, as players on PCs and MacBooks will be able to meet players in virtual reality, but also conceptually. We plan to collaborate with the largest think tanks (a platform for dialogue and exchange of experiences, knowledge and good practices of leaders from a particular region) in the field of space exploration development. We are glad that he can bring his knowledge in the field of virtual reality to such an interesting project – says Alexandre Kaban, Carbon Studio Board Member.

Carbon Studio will be primarily responsible for creating a system that allows cross-platform play and adapting the entire game to virtual reality goggles, but will also support the whole part related to the multiplayer game play.

– Space exploration by players is the main task in the first original Alice VR game. It gives us great pleasure to return to a topic we explored a few years ago. Participation in the project will allow us to develop and learn about technologies that we have not dealt with before, I mean everything related to NFT / cryptocurrencies / the whole community, which have been interesting to us for a long time. Thanks to the partnership we’ve created, we can get to know this world better by focusing on what we do best. In return, we will bring experience in building virtual reality games while creating a new world for the project – says Carolina Koszuta, Carbon Studio board member.

NFT (Non-fungible Token) is a component of Blockchain technology, which is very popular among Internet users, like the well-known cryptocurrency Bitcoin. There are more and more games in the market where players can earn rewards of real value by using NFT items. Virtual NFT tokens are unique and non-fake, and buyers are willing to pay millions of dollars for them.

UIG Lab is responsible for creating the main design and conceptual part. Carbon Studio Partner is a generic visual and narrative narrative. He also handles 3D asset setting, world building, and is also co-responsible for world mechanics and economy. UIG Lab is also responsible for the marketing and care of NFT collections.

The Carbon Studio team is currently working on an Oculus Quest version of the game Warhammer Age of Sigmar Tempestfall. The project has also entered the final stage of production, before open beta testing Witches – Dark Times – In a multiplayer version. The company began to conduct external testing and performance tests.

At the end of last year, the company announced a new title with the name of my business VRSlasher. The game’s target name and budget are due to be announced later this year.