The movie starts very inconspicuously. We notice a romantic scene at first sight, soft music is playing in the background and beautiful views are everywhere. However, after a while, the image of the couple visible on the screen ceases to correspond to the soundtrack and design of the set – Laura and Massimo begin to have violent, passionate and brutal sex. Of course, there is no restraint and skin as in “50 Shades of Gray”, but also no passion.

This is what the whole movie looks like. Quick change of shots, silly transitions of strings or songs (like “Ave Maria” smoothly transforms into a cheerful, cheerful tune) and above all – no plot of any kind. The production definitely looks like a music video, and it’s a bunch of fun hits at times. After all, we are in Sicily.

But this is not a surprise. The film repeats the patterns from the first part – this couple does not like each other, they only have sex with each other. This couple, or indeed this marriage (I almost lost track of that fact – the first sex scene followed by a wedding, also in music video form) don’t talk to each other at all, their conversations limited to an exchange of vulgar words. Everything and everyone is artificial and cruel.

Actors at the premiere of “365 Days: This Day”
/Andrzej Iwanczuk / Reporter /oriental news

Regardless of all this ridiculous story about their false love, what is more important is how it happened. Let me remind you that in the first part of the movie, Massimo kidnaps Laura, giving her 365 days to love him. Meanwhile, he forces her to have sex without her explicit consent, which many believe could be called rape. Over time, he no longer had to force her to, because the woman apparently suffered from Stockholm Syndrome.

This was the most accusation against the film. It’s not that sex is bad and taboo. It is about how it is presented. Here we see the fetish of violence, the romanticization of being a victim of kidnapping or rape, and the classic shaping of women.

In the “365-day” universe, men and pure patriarchy rule. They have a world of their own and women only exist with them to satisfy their sexual needs. After all, “being a good wife is the hardest task on earth,” says one of the characters.

Surprisingly, this hero is not Massimo, who, apart from serious faces and some vulgar issues, did not have much to play with. A new hero, Nacho, appears in this episode. And although he also has nothing more to offer to viewers, his relationship with Laura is at least somewhat believable, because at least they talk to each other a little. 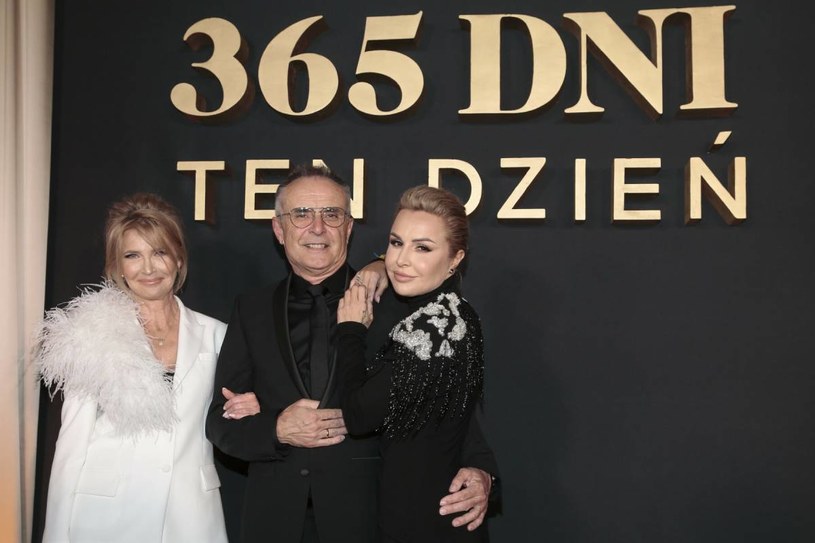 Blanka Lipinska with her parents at the premiere of “365 Days: This Day”
/Adam Jankowski / reporter /oriental news

The main character and his behavior fail miserably. Several times she pats her husband, asking, for example, if he should treat her like a piece of furniture (that’s how he treats her), and then … he regrets treating her so badly! He adds that he sometimes behaves irrationally, referring to situations in which he expresses his opinion in front of men. Yes, Laura acts irrationally, but it is when she faces such dilemmas for no reason.

“50 Shades of Gray” is a masterpiece in “365 Days”. I don’t add this to the title of Part Two anymore. This story is so devoid of composition and order that it all blends together in great indifference and can easily be approached as a whole. I suppose it will be the same with the third part, unfortunately, that awaits us. This movie is bad, it’s unremarkable, and worst of all, it’s harmful – it perpetuates harmful patterns, and the real victims of the behaviors on display don’t care.

How much money is put into the envelope for the sacrament?

Can I take a vacation for May 1st?

How to win huge cash in lotto? Delete these numbers

The coffee is healthy. How it works?
Interia.tv